Autel Nano Plus vs DJI Mini 2

The DJI Mini has been the king of the Mini 2 drones ever since it was released, although there are a couple of other drones that on paper seem to be better, the Mini 2 remains the most popular sub-250g drone on the market. However, that may change as Autel have finally released their Nano series. In this Autel Nano Plus vs DJI Mini 2 article, we shall compare the two drones and see which one comes out on top. The main difference between the Autel Nano Plus and the DJI Mini is their respective cameras, the Autel Nano Plus definitely comes with the superior camera, and would be the preferred drone for photography.

It should be noted that there are two versions of the Autel Nano drone, the Nano and the Nano Plus, the latter of which is the focus of this comparison article. Although the only difference between the two drones is their camera quality, the Nano Plus comes with a larger sensor, while all the other features remain the same.

If you want to short version of this article, just look at the comparison table below, the Autel Nano Plus beats the Mini 2 in nearly every department, apart from flight time. However, it does come with a significant increase in price compared to the Mini 2.

Something else I want to mention is regarding registering your drone.

If you live in the USA, you do not need to register the drone, as it weighs less than 250 grams, but you will be required to take the new FAA TRUST test. This test is not overseen by the FAA but by a list of FAA-approved organisations, the full list can be found here.

In the UK, you will need to register the drone, this is done by obtaining a Flyer ID, which will require you to take an online exam and an Operator ID to get your registration number which has to be displayed on the drone, check out the CAA website for more details. 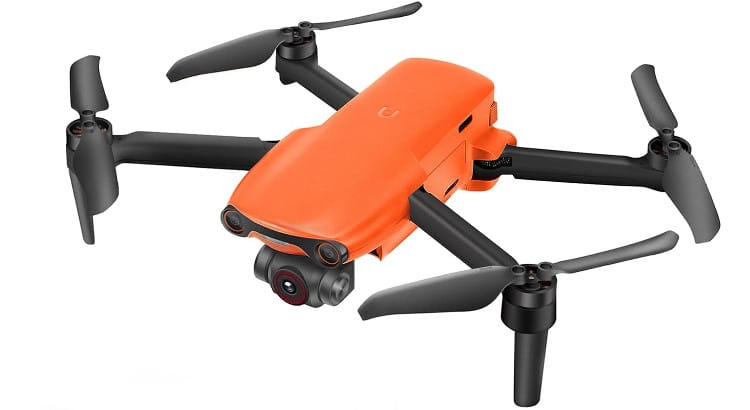 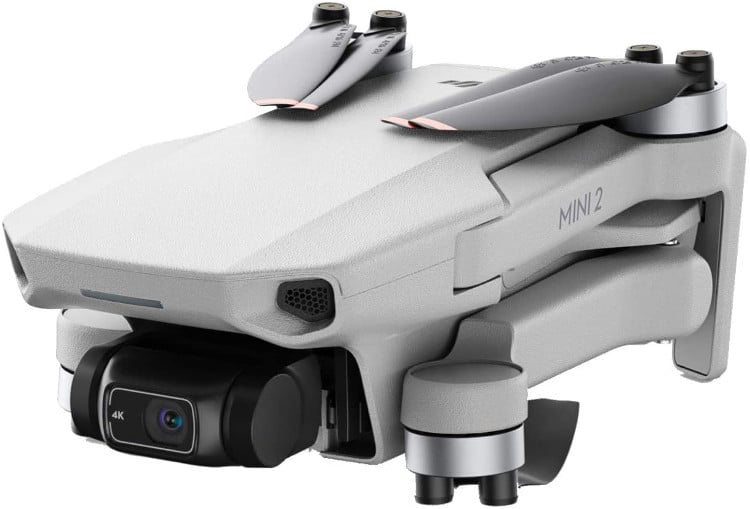 So, one of the most important features of any drone is its camera and this is the feature most people will look at when comparing these two drones.

If you are a photographer, then the Nano Plus camera may be what pushes you to choose this drone over the Mini 2.

According to Digital Photography School, having a large image senor is important in photography as it will improve the overall image quality.

The Nano Plus comes with a 1/1.35 CMOS sensor with a 23mm lens, f/1.9 fixed aperture and 85° FOV. Its larger sensor along with its wider aperture and high ISO range allows it to capture better quality images in low-light environments.

A major talking point from Autel about this camera is that it comes with an RYYB filter instead of a Bayer filter that comes with most sensors.

RYYB filters are supposed to capture more light and thus the camera produces better images with more colour details especially in low-light conditions, although according to gsmaera, this claim is yet to be independently verified.

However, there is no doubt that the Nano Plus can capture higher resolution images thanks to its 50MP sensor.

The camera captures images in both JPEG & DNG RAW formats and comes with HDR support for images.

The camera also has dual focus technology which will make it easier to capture moving subjects and has 16× digital zoom.

There is no internal storage but there is a memory card slot that can take up to a maximum capacity of 256GB.

As for the Mini 2, although the camera specs are not as impressive, for the price, it still is a very good camera.

The camera can capture 12MP images and has multiple photography modes including AEB which will allow you to capture HDR images.

There are multiple photography modes including burst, interval and panorama.

The drone has 8GB of internal storage, however, this can be expanded to 256GB via its memory card slot.

Both drones are well-engineered, they are lightweight and very compact thanks to their foldable design.

The size and weight of both drones make them an excellent choice for a drone to travel around with as they will not space or cut too much into your weight allowance.

The Nano Plus is slightly heavier, this is because it comes with a heavier battery, more sensors, a small fan at the bottom.

Both drones have level 5 wind resistance which means you can operate with no problem in slightly windy conditions (around 19 mph).

The controllers are vastly different, the Mini 2 has a much bigger and boxier looking controller, while the Nano Plus comes with one that resembles a video games controller.

They both have long-range transmission technology that will allow users to control the drone from around 10km in good weather and with no obstruction.

Although seeing as most countries will require you to keep the drone in your visual line of sight, the range may not matter as much.

The Nano Plus and Mini 2 come with three flight modes, they are positional, sports and tripod (the Nano drone has different names).

The positional mode (or standard mode on the Nano) is the default mode, all the features are accessible in this mode including intelligent flight modes. The tripod mode is exactly the same as the positional mode, except that the drones speed is limited to around 13 mph on the Mini 2 and 11 mph on the Nano Plus.

In sports mode the controls are more sensitive, the intelligent flight modes are available, and the drones reach their maximum speed of 35 mph for the Mini 2 and 29 mph for the Nano Plus.

The drones go into altitude mode if there is no GPS signal, and the vision systems are disabled. This is probably the toughest mode to operate in and beginners should avoid enabling this mode.

Both drones come with QuickShot mode, these are a set of pre-programmed flight modes that allow users to capture short cinematic video footage completely hands-free.

There is also an automatic return to home feature that is activated whenever the drone goes out of range or when the battery gets low on charge, this feature can also be activated manually via the controller or app.

The Autel Nano comes with some additional intelligent features, these include active track, orbit mode and obstacle avoidance system.

The obstacle avoidance system is a nice addition, however, one flaw with it is that it will just stop a few meters in front of any obstacle and does not have the capability yet to manoeuvre around obstacles. This is like the Hubsan Zino Mini’s obstacle avoidance system, while it is a good feature, most people would like to use it with something like active track, where the drone automatically follows you or something else and avoids obstacles at the same time.

As for the flight, this is where the Mini 2 has the slight edge, it has an official flight time of 31 minutes, while the Nano has 28 minutes of flight time. You will get less than the stated flight time from both drones as they are flight times achieved in perfect conditions.

Which Drone Is Right For You?

If you are a photographer, you will most likely want to go with the Nano Plus, however, since it costs just under $1000, there are a couple of other options you may want to consider. The Mavic Air 2 and Air 2S both cost under $1000 and come with similar if not better image sensors, better flight time and a superior obstacle avoidance system.

If you are just looking for a good drone to fly and are not too fussed about the camera quality, the Mini 2 is the obvious choice and while the camera may be as good as the Nano drone, it can still produce high-quality images and videos and is the more mature product.

While I like both drones, I personally prefer the Mini 2 as it is much cheaper and comes with a good camera despite not being as technically advanced as the Nano Plus. The Nano Plus is probably the best sub-250g drone, but it does come with a price tag that will give people second thoughts especially with better drones at similar price points. My advice, get either Mavic Air 2 or Air 2S or wait for the Mini 3.