7 Benefits Of Using Drones In Mining

Drones are bringing huge and significant changes to the way the mining industry operates. Drones are being used to optimise various mining activities such as surveying, mapping, inspection and help with safety and security. Drone technology is being utilised as a way to reduce costs, increase efficiency, and improve safety in the mining industry. As the benefits of drones in mining are significant, more and more companies are utilising drone technology in their workflow.

This is especially the case in places like Australia and the African continent where over 200 mining companies were surveyed by Global Data and found that a majority of these companies were adopting drone technology and are seeing improvements in many areas of their operation.

Of course, as mines and quarries are by nature, dangerous places to work, the most significant benefit to using drones in mining is the reduced health risks to personnel.

7 Benefits Of Using Drones In Mining 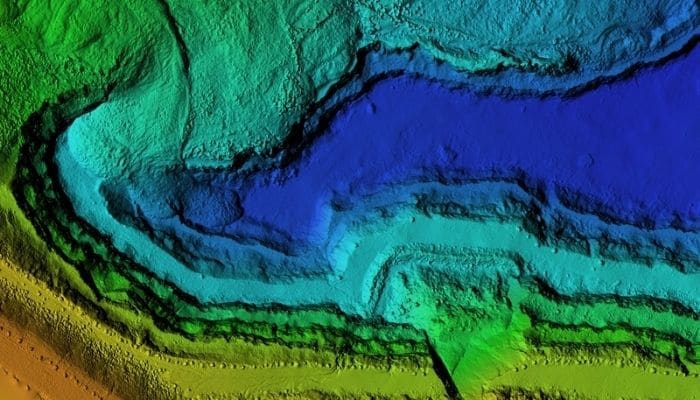 Traditional methods of carrying out surveying to map and model mining sites require lots of equipment and the need for workers to navigate dangerous terrain to collect the data for this task. Surveys for mapping and 3D modelling are carried out by a process known as photogrammetry.

Photogrammetry is the science and art of obtaining accurate data about the physical world through photos. Aerial photogrammetry is carried out through manned aircraft or drones; however, drones are proving to be the more efficient and cheaper method, and this is why they are the more popular choice. LiDAR is another method of obtaining accurate data for maps and 3D models, however, LiDAR equipment is expensive and analysing the data requires a bit more technical knowledge and so it may not be suitable for a lot of surveying requirements.

The aerial imagery collected by drones are then processed by special photogrammetry software and some of the deliverables include 2D maps, digital elevation models, digital terrain models and 3D cloud points all with accurate geospatial measurements.

Whether it’s data for exploring potential mining sites or collecting volumetric measurements for stockpile management and inventory control, drones provide an easier and more efficient way to collect data through photogrammetry without compromising on data integrity. Another benefit of surveying with drones is that because it is cheaper than manned aerial surveys, it can be carried out frequently which will allow for more accurate tracking of production progress and stockpile management for end of year financial reports. 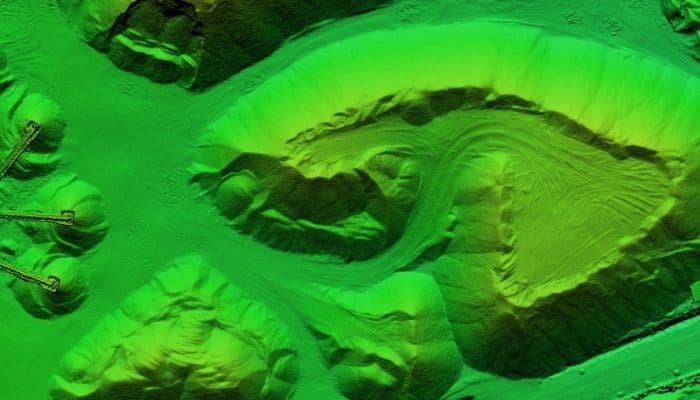 Stockpiles by their nature are irregular and calculating their precise volume is challenging and with ground-based methods, it is also a dangerous and time-consuming process. However, with the use of drones, most of the limitations of ground-based methods are eliminated and the process of capturing stockpile volume data is much more efficient and more importantly, it’s safer for workers. As drones are easily deployable, companies can carry out frequent stockpile analysis for a more thorough representation of how much material is available, what can be extracted, reduce write-offs which will reflect better in the end of year financial results.

Aerial drone images allow site managers to inspect and monitor the state of the haulage road frequently so that they can be maintained for better smooth transportation of goods. With high-resolution drone images, engineers will be able to analyse current routes and see how they can be optimised for better efficiency which will help reduce fuel costs and save the company money. This includes things like identifying damages to the haul road quickly so that they can be repaired as soon as possible with minimum disruption to transport operations. Using drones to maintain and optimise haul road management will eliminate the need for physical inspection of the road by foot and thus reducing the risks of harm to company personnel.

This is the main benefit of using drones for mining operations, this is a dangerous industry that claims many lives and thousands of injuries a year. The use of drones in mining will help improve the safety of workers and eliminate unnecessary risk to their well-being. From initial exploration to capturing surveying data for pre-blast and post-blast analysis, drones allow their operators to avoid a lot of hazardous situations, keep themselves and their fellow colleagues from any harm whilst still maintaining the highest standard of work.

Tailings are what is left after the successful extraction of valuable minerals and metals from the rock’s ore. This waste is usually slurry and is deposited on embankments to form dams, however, poor construction of tailings dams pose a huge risk to people living close to the mining area and the environment. Drones will allow site managers to regularly inspect the tailings dam without putting workers at risk and take quick action when issues are identified around the structural integrity of the dam.

Underground mines can be thoroughly inspected and mapped with the use of drones to determine their structural integrity if they are safe to enter and to get a better understanding of what can be extracted from the remaining ore. Stopes, which are like underground caverns and are created after blasting can be analysed to determine how stable they are, what areas will need more support and the amount of backfill that will be needed after extraction to ensure the area remains stable. Currently, there is only one drone that can be used underground for mining analysis and that is the Elios 2, which you can read more about below.

Health and safety is the biggest and most important reason that many mining companies are integrating drones in their workflow. Saving costs and increasing overall revenue is another important factor that will determine whether they invest in drone technology. So far, the evidence points to the fact that drone technology is helping companies cut down on costs, improve efficiency and their overall return on investment is a net positive.

Best Drones To Use In The Mining Industry

A few years ago, there were not many drones that could be used for industrial applications, however, as drone technology has advanced there are now quite a few options to choose from.

If the drone comes with good specs and their camera and flight time are exceptional, they will be suitable for use in the mining industry. Some jobs will require a high degree of data accuracy like in the case of mapping and 3D modelling; this is done through a process called photogrammetry. Photogrammetry is the science of obtaining data about an area of land through images. Data captured by drones are processed via special photogrammetry software which turns them into different types of digital maps and 3D models for easier analysis.

Below are I have listed 5 of the best drones for mining applications including surveying, mapping, 3D modelling, monitoring and inspection.

This is the most popular drone for commercial purposes, it’s easy to operate and comes with some solid features. The drone has a 1-inch 20MP sensor for high-resolution image data, an RTK module for centimetre level accuracy, an obstacle avoidance system and a flight time of 30 minutes.

This is one of the most advanced commercial drones on the market, it’s a well-built drone with a robust structure that comes with an IP45 rating which allows it to be operated in harsh weather conditions. It’s compatible with multiple payloads and can carry up to 3 cameras with a combined maximum weight of 2.7kg. It has an RTK module for survey-grade accuracy and a maximum flight time of 55 minutes subject to the type of payload it is carrying. Other features include AI health management system, omnidirectional obstacle sensing and advanced redundancy system so flight mission is not compromised even if a system fails.

A fixed-wing drone that comes with vertical take-off and landing capabilities and a lot of impressive features. The drone is built to MIL-STD-810 standard and has an IP68 rating which makes it operational in the harshest of weather conditions. It has multiple payload capabilities, and this includes the full-frame Sony RX1R II camera that has a 42MP sensor which along with the drone integrated PPK GPS correctional technology, provide sub-centimetre level survey-grade accuracy.

One of the original drones for surveying and mapping, the eBee X comes with an integrated RTK/PPK system and a depending on its payload, a maximum flight time of 90 minutes. It can fly in winds of up to 28 mph and is compatible with multiple cameras. This is a great drone to map, monitor and inspect rough terrain and hard to reach areas.

The Elios 2 is a rugged, indoor drone that is optimized for commercial applications in confined spaces. With a 4K and thermal imaging camera, the Elios 2 captures image data in places that are difficult to access. The drone is not very big and protected by a protective cage, which ensures it will not get damaged if it crashes into objects. The drone allows you to see clearly in dusty areas and with its powerful 10000 lumens of lighting, you can inspect the darkest of areas. This drone has many uses, especially for mapping and inspecting underground mines where it can be operated without the need for a GNSS receiver.