So Which drone is better? The DJI Mavic Pro or the Phantom 4 Pro? A lot has changed for these two drones since they were first released. In this article I will compare the main features of these awesome drones and see if there is a real winner in the Mavic vs Phantom 4 Pro debate.

The table below shows the 2 drones I will be comparing and their main features.

The drones being compared will be the Pro versions of both. The Mavic Pro platinum and the Phantom 4 advanced are not included in this comparison.

The Phantom Pro 4 is an upgrade to the standard version and comes with some truly impressive features one of them being its 4-way obstacle avoidance system. So no excuses to crash this drone!! The Mavic Pro is truly an outstanding drone and my personal favourite,it truly is amazing the innovative technology within this compact drone.

To reach a conclusion between the two, it is important to analyse all the features and components of the two drones, side by side. I will compare what I believe are the main features of these drones,this includes the camera,flight time,battery life,intelligent features and range.

So without any further delay,let’s get on with this comparison. 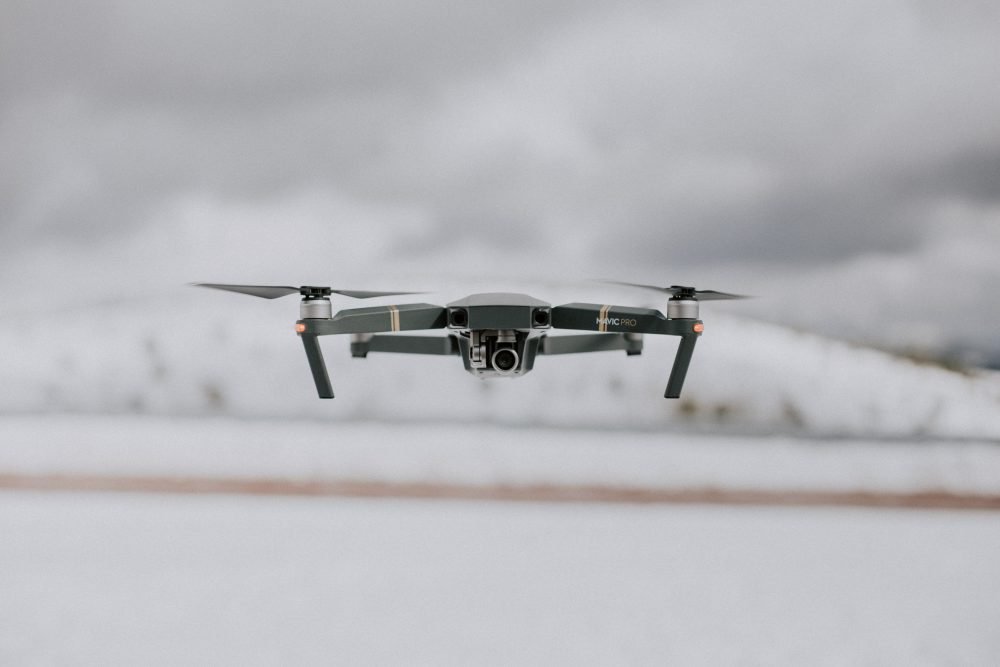 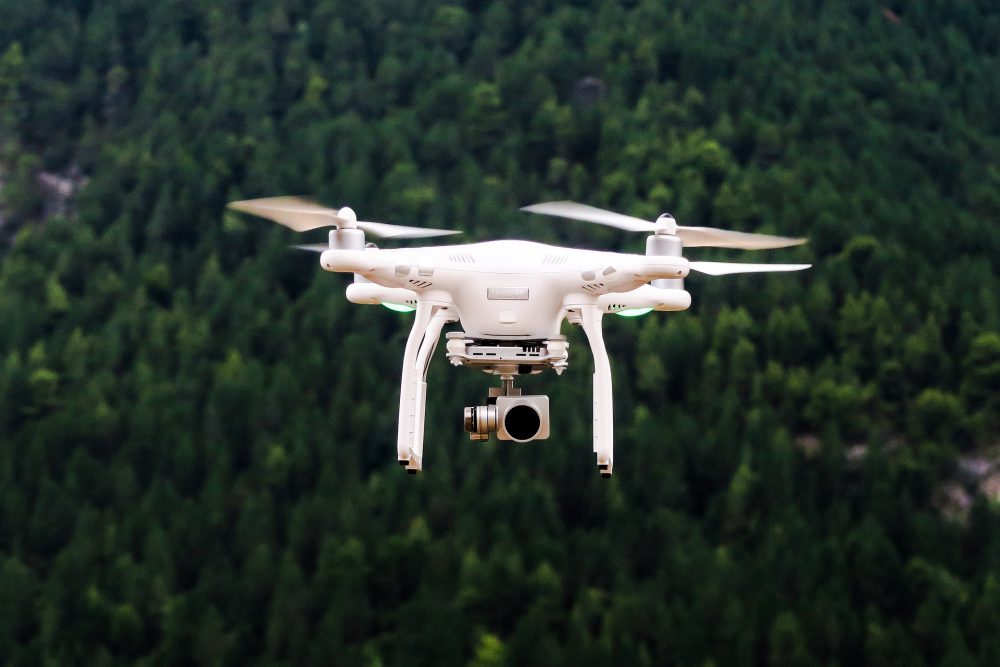 The Mavic Pro is designed for travel and that is why it is ultra-portable. You don’t need a separate carry case to travel around with this drone.

It was DJI’s smallest drone before the release of the Spark, when folded up it measures no more than 8.3cm*8.3cm*19.8cm. Its so compact that you may even be able to carry around in a large trouser pocket. Its weight with the gimbal cover is 743g and without it,it is 734g.

The controller for the Mavic Pro is compact just like the drone,it has an LCD screen that shows you all the essential data for the drone and you can attach a smartphone and control the drone via the DJI GO APP.

The Phantom 4 Pro on the other hand doesn’t divert much from the other drones in the Phantom range.

It has an all-white shell that complements its all-white controller. The 3-axis gimbal and camera is protected by its landing gear. It has pretty large propellers which gives its strong thrust and speed. Its total weight is 1388g, far heavier than the Mavic Pro.

Its controller is similar to other RC drone controllers and it does feel a lot more comfortable to use.

It is all white and comes with similar controls to that of the Mavic minus an LCD screen. It has an attachment at the top for a smartphone or tablet.

There is an optional controller for the Phantom 4 Pro that comes with a 7-inch screen. Although to get this would mean shelling out an extra $200+ which is not ideal for everyone.

The camera quality is one of, if not the most important feature that potential buyers of the Mavic Pro or Phantom 4 pro will look at. They both come with 4k cameras and advanced gimbals for distortion free images and videos. In order to compare the cameras of the two, first, let’s look at them from a purely technical point of view,

If you take a look at the specifications mentioned above, you’d notice a clear distinction between the cameras of the two drones. As mentioned previously, the camera on the Mavic Pro is amazing, but in a one-on-one competition with the Phantom 4 Pro, the Phantom 4 Pro wins hands down. With its mechanical shutter, a larger image sensor, full aperture control and faster image processor, the Phantom 4 Pro’s camera is quite clearly the superior of the two and would easily take the cake in an image comparison.

Also, an improved software provides much quicker feedback between the pilot and the camera, as well as providing an auto-focus ability. The Phantom 4 Pro can film at an impressive rate of 60fps in 4K.

The shutters of the cameras were mentioned above, and this difference deserves to be elaborated upon. The Mavic Pro has an electronic shutter which can cause a lot distortion when it comes to filming fast moving objects such as birds or flying insects. Whereas the mechanical shutter of the Phantom 4 Pro can easily capture quickly moving objects, creating high-quality images. This is one very big: a very important difference between the two cameras.

In addition to all of the above, the Phantom 4 Pro possesses a brand new camera lens, which is optimal for aerial imaging. It has an aperture range of F2.8-F11, and a 24mm equivalent focal length. If we compare the two, the Phantom 4 uses a 20mm focal length and F2.8, while the Mavic Pro relies on 28mm and F2.2. Adding to that, the maximum video bitrate of the Mavic Pro is 60Mbps. The Phantom 4 Pro, however, increases this to 100Mbps. For those of you who don’t know, some tidbit; the bit rate is how much data (how many million bits) are stored per second of a video. If the rate is higher, so will the quality of the video be higher.

The two drones use different transmission protocols,while the Mavic uses a newer technology called Occusync which allows it to stream HD videos to the controller with little lag,the Phantom 4 Pro uses the latest iteration of the lightbridge technology.

Personally I dont see any difference between the two technologies,however if you are a pro aerial photographer/videographer you may notice some difference in picture quality and latency issues. The Occusync seems to be the preferred system in this regard as it is a newer technology.

Although the Phantom 4 Pro does come out on top overall ,both these drones capture amazing video footage as can be seen below.

One of the most appealing things about the Mavic Pro is its impressive flight time. The Mavic Pro can fly for 27 minutes, making it one of the longest flight times for any drones out there. However, the Phantom 4 Pro with its Intelligent Flight Battery can manage to stay flying in the air for a total flight time of 30 minutes! The intelligent flight battery is 5870 mAh, boasting effective aerodynamics and motors allowing it to outperform the Mavic Pro’s 3830 mAh battery.

In this mode, you can take automatic selfies. You just have to gesture to the camera by raising your arms, the advanced vision technology will lock on to you and place you in the center of the frame. Then, you’ll have 3 seconds to strike a pose, after which the camera will snap your photo.

This mode best helps to take photos, or record videos of moving objects, while keeping the subject in the centre of the frame.

In this mode, you control the drone by touching on certain points on the screen and it will fly to that position,this is done without the need for the main controller.

This mode slows down the drones to 5.6 mph (Phantom 4 Pro) and 2.2 mph (Mavic),the controls become less responsive which means controlling the drone will be easier and photography will be much crisper and smoother.

There are a few more modes that I will not go further into but the Mavic does have an additional mode not found in the Phantom 4 Pro.

This is called the Quick Shot Mode:

In this mode, the drone will record a 10-second video which you can then share on social media via the DJI Go App. You can choose from 3 different shooting modes.

Both drones have awesome obstacle avoidance technology but yet again the Phantom 4 Pro beats the Mavic in this department as well.

The Phantom 4 Pro’s obstacle avoidance system is on a whole new level. It has a 6 camera navigation system plus the main camera which allows for a 5-way obstacle sensing system. This makes it virtually free from being crashed.

It has 2 visual sensors in the front, rear and bottom plus infrared sensors on each side this network of cameras and sensors allow for the drone to sense obstacles from as far away as 30m good light. It also has a mode called narrow sensing,which allows for it to fly through tight spaces quite easily.

There is simply no other consumer drone that comes with this kind of advanced obstacle avoidance technology.

Both the drones are pretty fast although the Phantom 4 Pro is slightly faster with its top speed coming in at 45 mph in sports mode. The Mavic on the other hand has a top speed of 40 mph.

This shouldn’t really make a difference to which drone is better unless you are someone who is looking to go into drone racing for fun or as a pro.

It should also be noted that the obstacle avoidance system in both drones are disabled when the drone is in sports mode. Plus the controls are far more responsive which means only experienced pilots should be flying drones these speeds.

Which one is right for you? It really depends on what you want to do with the drone. I personally prefer the Mavic Pro and as a non-photographer I don’t care about the distinct difference in camera quality between the two drones.

If one the other hand you are a bit like me and just want to have an awesome drone to fly around with and one that comes with brilliant features, then the Mavic Pro is for you. Its compact design means it ultra-portable and it is compatible with the DJI Goggles for a more immersive flying experience.

So which drone is for you? The DJI Mavic Pro or the Phantom 4 Pro? Leave me a comment and let me know.