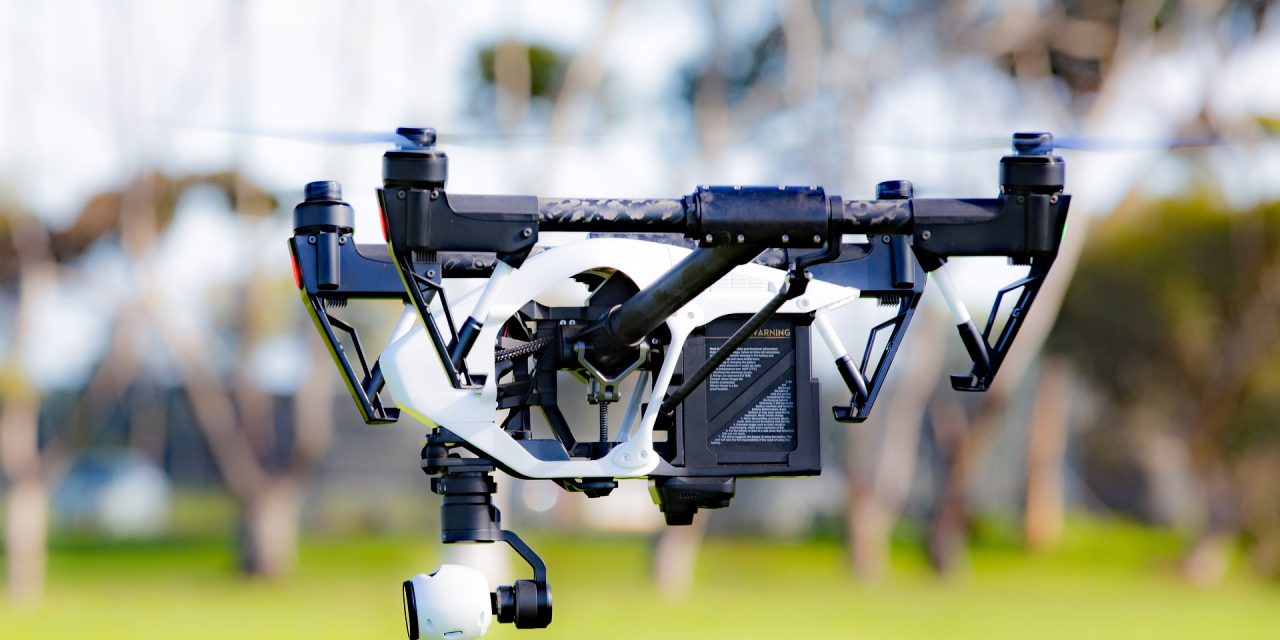 With drone use becoming ever more popular as a form of entertainment it has also opened another front in the jobs market. Many drones are now equipped with advanced technology which makes them perfect for a variety of industrial and commercial applications. This is why a career in the world of drones will be highly rewarding and competitive.

Photography and Real Estate dominate the use of drones for commercial reason, although it’s expected that construction and agriculture will see increased use of drones too.

Forbes magazine predicts that jobs in cartography and photogrammetry will see a 29% increase by 2024. Why is this relevant to drones? Because both tasks are being increasingly undertaken by these sophisticated flying machines.

With drones being fitted with a host of advanced image taking equipment including 3D mapping and thermal readings they are finding increasing use in many tasks that require aerial imaging.

Agriculture, construction, humanitarian aid and environmental solutions are just some of the sectors that drone operators can look forward to finding a rewarding career in.

As the graph below shows, the number one industry flourishing at the moment is photography.(Source) 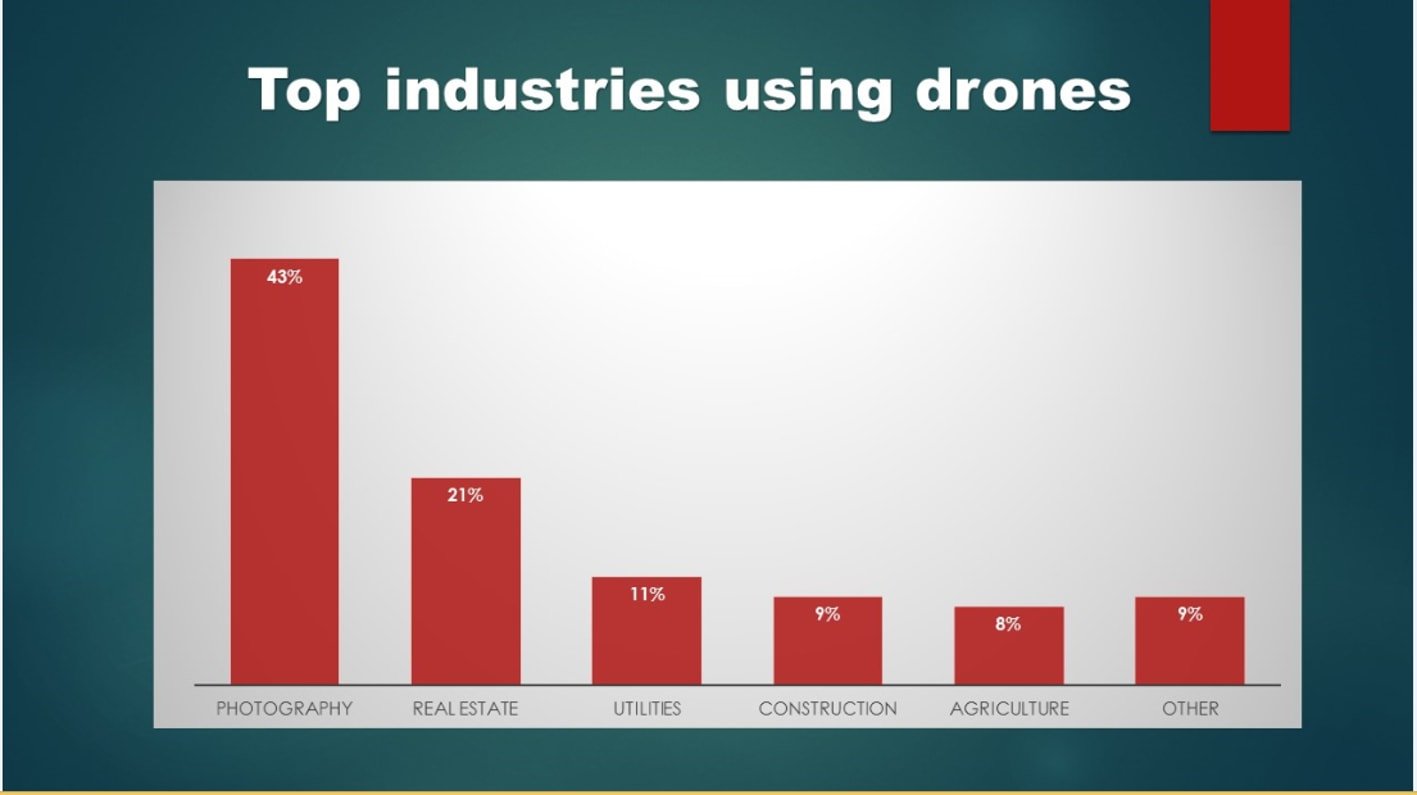 There are other options that can make you a good living from drones, for example, lavish weddings and live events are growing in popularity for making use of drone videography and photography.

There are other ways to monetise drones, you can now earn over 6 figures whilst racing drones. Although it’s only been a couple years since drone racing became a thing. It now has leagues around the world and major Sporting channels like ESPN cover these racing events.

Then you have the story of these two young Australian lads that are earning a good living by taking aerial images of Australia’s coastline and uploading them on to Instagram.

These are not the only options to make a career in the drone world, if you have a good eye for design and construction or you may be a good programmer there is a role for you in this rapidly growing industry.

Dronedeploy saw the huge growth of apps for the drone industry and created their own App market. They work with other software development companies to create apps that will help analyse drone data faster and more efficiently.

Today many universities and private educational institutions are creating their own courses for drones. To get certified as a commercial drone pilot, you need to at least the FAA part 107 certification which has to be taken in FAA certified training facility.

For more information on certification and what is required to become a commercial drone pilot in the US check the FAA website.

In the UK, drones weighing under 20kg do not require any examination to pass to get a license for commercial use. However, those weighing over the 20kg limit need to pass an assessment through a CAA approved training centre.

For more information on the UK regulations please visit the CAA website.

The rules and regulations regarding drones are still fluid since this is a relatively new industry that has seen massive growth in the past few years. So make sure keep up to date with what is required for drones that are used for commercial reasons.

How much is the drone industry worth? 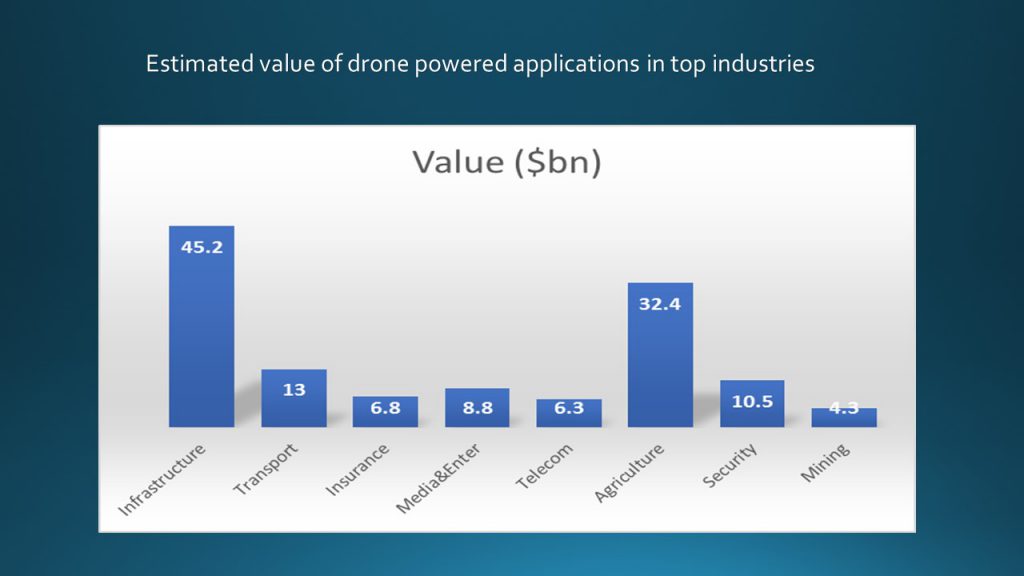 Global financial auditors, PWC, carried out an in-depth research on the commercial application of drones across many industries and how much it is estimated to be worth.

The research found that the commercial application for the drone industry to be worth over $127bn. The industry most likely to have the largest monetary value in drone applications is infrastructure followed by agriculture, transport, and security.

Although aerial photography for use in media and entertainment is the industry utilising drone applications the most, its value in PWC’s research is just under $9bn.

These figures confirm the general consensus that the demand for drone technology in commercial applications will increase exponentially over the coming years.

This will require major investments from government agencies and private entities which will see a huge demand for people qualified to handle drones. There will be an increase in demand for software engineers, drone pilots and data analysts.

This is why a lucrative career in the world of drones looks very promising.

Below is a list of the sectors which are expected to see big growth in drone use and open up new career opportunities. 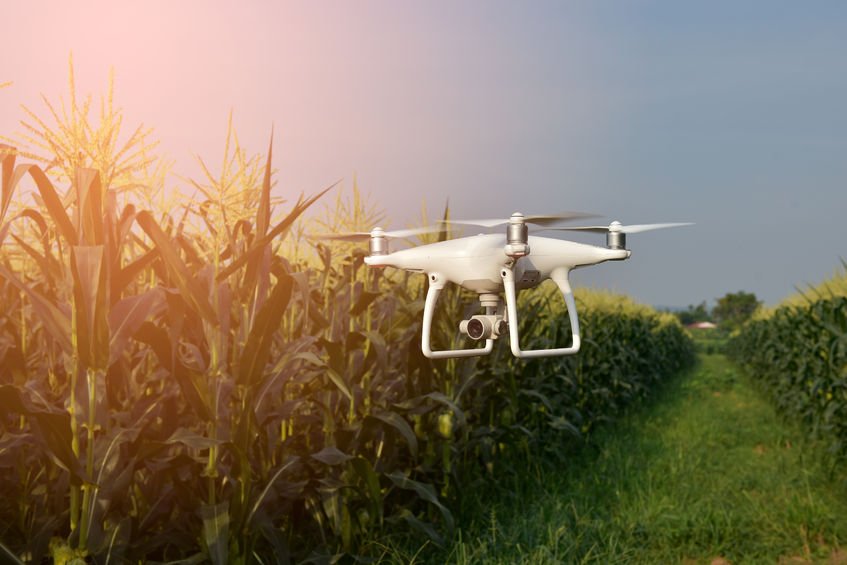 Drones are having a massive impact on farming, instead of hiring expensive pilots once a week or month (at a cost of over a $1000 per session) to survey the crops. Farmers now can buy a drone for that price and analyse the crops every hour and build up a huge arsenal of data to help in running a more productive and efficient farm. The advantages of this method are numerous, first, the cost to analyse the crops from the air will be massively reduced. Farmers will be able to take pinpoint detailed images from the air without cloud obstruction thus providing a clearer data driven picture of the area. By using drones that have been installed with the latest technologies, farmers can detect any problems with their crops on a daily basis and take swift action if necessary. By constantly monitoring the health of crops, farmers can reduce wastage and produce a better harvest. 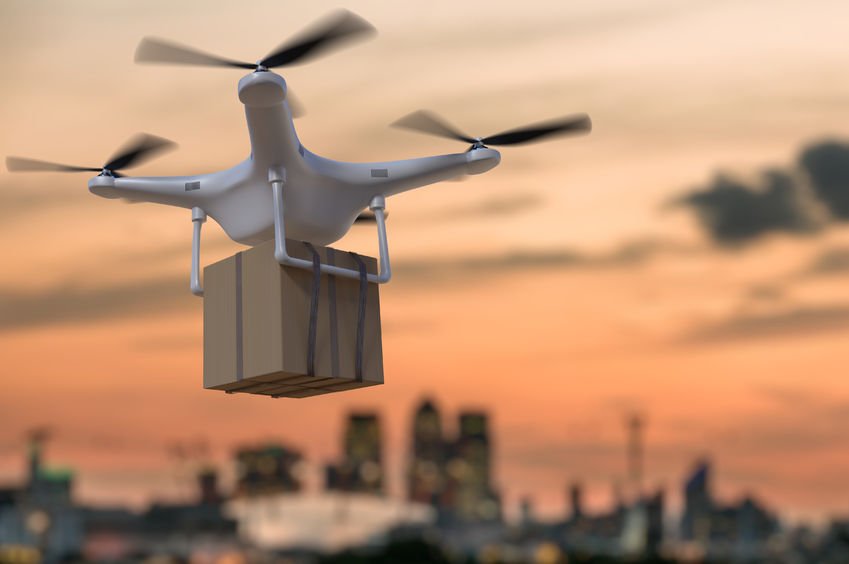 Companies such as Amazon and DHL have already started trialing small package delivery through the drones. Other areas that could see a rise in drone delivery are delivering medical supplies to remote areas, food to people in need and delivering time sensitive parcels quickly. Benefits include lower costs, 0 carbon emissions, and better customer satisfaction  The success of this method of delivery will rest on how well the drones are engineered to minimise faults and what legislation the companies must work within.

No more need to hire expensive helicopter shots for those on a tight budget, drones like the DJI Phantom range,3DR Solo, and the Yuneec Typhoon have cameras that can take 4K video footage that can give Hollywood studios a run for their money. Drones are being used to study nature and animal behaviour. Marine biologists can now follow sea creatures in real time much more easily.There is increasing use of drones for weddings, large gatherings like sports events and conferences. People are always looking to share their major life events and what better way is there other than having stunning aerial footage of these moments. Moments that can even be live streamed and shared worldwide. Drone are also being used in promotional material for large gatherings such international conferences and major sports events.

Check out the stunning drone footage of the elusive Blue Whale 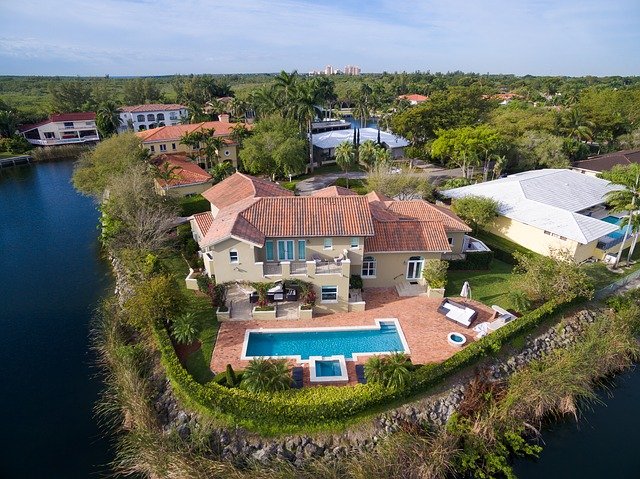 People in the real estate business are utilising drones for stunning aerial footage of their properties to entice more buyers. With the ability to show the surrounding area, property owners can maximise their sales by focusing on the stunning aerial footage that drones can provide, this can be especially helpful if the property is situated near the coast or is close to large rivers and lakes. Drone photography for the real estate industry is the second largest to general photography. 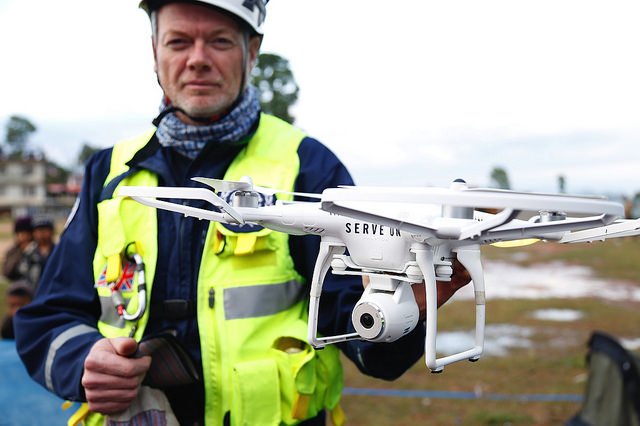 Now that many drones come equipped with many advanced features such as thermal imaging and 3D mapping, construction managers and site owners can make use of drones to survey the area and make better-informed decisions for their projects. From simple aerial photo shots to analysing the structural integrity of buildings through x-ray and thermal imaging, the data that can be made available on short notice will be of huge value. 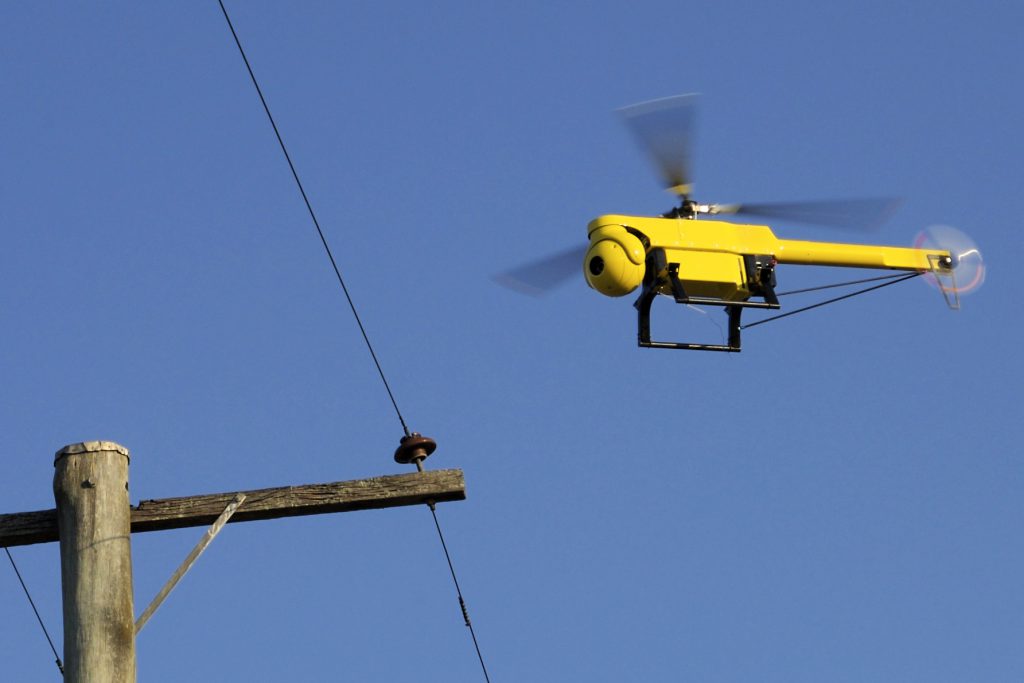 Security companies have always made use of advanced technologies for surveillance purposes. The rise of drones provides for additional surveillance equipment that will result in a much better security system. Drones have the advantage of being airborne and mobile, they can monitor remote areas with little assistance. With drones now being fitted with advanced technologies such as hyperspectral image sensors and facial recognition software, they are able to do more than just take images and video footage. Of course, there are still big challenges in this field of drone use, drones will need to have longer flight times and be built to withstand harsh conditions.

Of Course, there are other ways people can money from drones, you can become a dealer for one of the major manufacturers or you can start promoting them on your websites (if its related to technology/photography).

One other area drones are being used in extensively is disaster management.Drones have been used in disaster management and risk assessment for a while now. The Chinese drone manufacturer, DJI, released a report of a research they conducted in which they found that within the last 3 years, at least 59 live have been saved with the help of drones.

Drones will only continue to grow; their growth comes with challenges and opportunities. And those who can, should take advantage of both.

Do you want a drone for awesome aerial photography?Check out my top drones for photography.