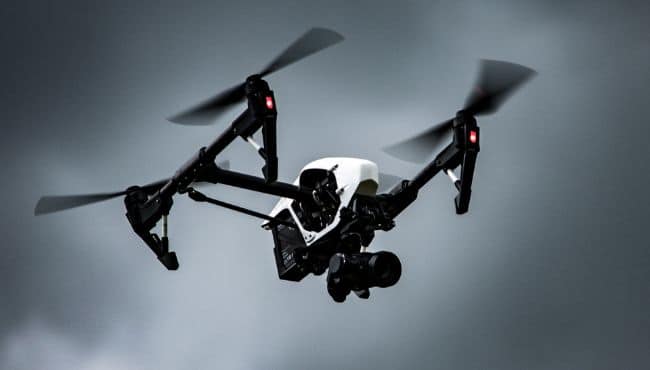 The use of drones by law enforcement agencies has grown exponentially in the last few years. This is due in part to advances in drone technology, but also because drones are increasingly affordable and accessible. As more law enforcement organizations are using drones to conduct operations, there’s a growing need for effective drone programs that can help police departments manage risks and reduce the potential for misuse of unmanned aircraft systems. In this article, we’ll discuss the benefits of using drones for law enforcement and public safety.

How Are Drones Used In Law Enforcement?

Drones have a number of applications in law enforcement, including mapping crime scenes, aiding investigations by providing aerial footage during stakeouts or searches, finding missing persons and assisting with tactical operations.

One of the main uses of drones is in search and rescue operations, they are proving to be an exceptional tool for finding people that have been reported missing.

Drones are small and compact, which gives them an advantage over manned aircraft as they can be flown at low altitudes and through narrow spaces, which will aid in getting a more detailed look at the area being covered and enhance the chances of locating people.

Drones are also being used to track suspects, monitor areas with high crime rates, map accident scenes and help in the aftermath of a manmade or natural disaster.

Videos and images captured by drones can also be used to apprehend and convict criminals.

One area where drone use is gaining traction is in crash scene reconstruction, drones can be used to map a crash site and with the use of a photogrammetry software like Pix4D, investigators can build a detailed 3D map of the crash site which will allow them to make a more accurate analysis of what happened. This data can then be used by the people involved in crashes for legal proceedings and insurance claims.

There are many benefits of using drone technology in law enforcement, probably the most important is that it helps save lives and keep communities safe.

Drones are small, compact and easy to deploy, these design features allow them to be deployed very fast. Drones can be flown in and around areas that are unsafe or dangerous for personnel and capture high-resolution videos and images for any type of public safety operation.

For law enforcement agencies, drone technology is proving to be a vital tool that allows them to respond to emergency situations in a safe, fast and efficient way.

Over the past few years, many law enforcement agencies have started using drones as a way to increase their capability and improve operations.

In 2020, Bard College carried out a study on the number of public safety agencies that use drone technology for public safety operations.

They found that at least 1578 state and local agencies have acquired drones with 70% of these in local law enforcement.

No, doubt that these law enforcement agencies have recognised the value that drones provide them and are utilising their technology to fight crime and keep communities safe.

One of the main benefits of drones is fast data acquisition, as drones can be easily deployed, law enforcement officers can have them up in the air in minutes and allow them to monitor and capture videos and images about the incident.

In any type of emergency situation, acquiring accurate information about the situation is key to launching an effective response and drones allow emergency response teams to do this.

In this article, we shall share with you some examples of how drone technology is being used by law enforcement agencies to fight crime and keep the public safe.

If you’re a law enforcement agency, there are several ways that drones can help you improve your operations and save lives.

First, drones can be used to increase situational awareness, which can help you and your officers avoid dangerous situations and respond more quickly when things do turn dangerous.

For example, this article details some of the ways drones have been used by LAPD and SWAT teams that have allowed them to diffuse dangerous situations quickly and by reducing the risks to their personnel and the public.

In one incident, a drone was used to locate where a dangerous suspect had barricaded himself inside a house, the officers located the suspect with the aid of a drone and made the arrest without anyone getting hurt.

Using drones allows law enforcement to quickly obtain information about large crowds and monitor large events, like sporting events or concerts. This can help first responders and authorities respond more quickly to emergencies and respond to other incidents more effectively.

DJI have an interactive map of many reported incidents that are involved using drones to locate missing people.

As of writing this article, the map has details of over 500 rescue missions that have resulted in over 880 people being saved in over 39 countries. Of course, these are only the ones that have been reported to DJI, so the numbers are most definitely much higher.

Drone technology is also being used to improve public safety and security. For example, drones can be used to help protect large public gatherings, like sporting events and concerts.

Police departments often use drones to monitor large events such as these. In some cases, the drones are used to provide a safety perimeter around the event, as you would see at an air show or music festival.

In other cases, the drones are used to provide a view of the crowd that is more detailed than what human officers can see from the ground. This can be especially helpful when dealing with large crowds, which may include people with criminal intent.

What Kind Of Drones Are Used By The Police?

There are many different types of drones used by the police, but some of the most common include those from DJI, Yuneec and Autel.

Many of these drones are equipped with a dual camera system that includes an RGB and thermal camera.

Having multiple sensor cameras will provide the police and other law enforcement agencies more flexibility and enhance operational efficiency.

These drones and camera systems are very useful in surveillance, gathering evidence or identifying suspects.

Many of these drones can also be attached with additional payloads such as lights, speakers and even a delivery mechanism to provide vital supplies like food, medicine and first aid kits in emergency situations like in the aftermath of a natural disaster.

They can be operated at night or day, and many can be flown in the harshest of weather conditions.

There are others like the DJI Matrice drones that are compatible with different types of payloads such as LiDAR and night vision sensors. The Matrice drones also come with an IP rating which will allow them to be operated in any type of weather conditions.

One of the latest drones for public safety use is the DJI Matrice 30T, this is a compact foldable drone that comes with a multi-sensor payload that includes a high-resolution RGB camera, an infrared camera, a night vision sensor and a laser range finder. The drone also comes with a long flight time of 41 minutes of flight time, a 15km transmission range and an IP55 rating for all-weather operation.

A very popular drone for law enforcement is the DJI Mavic 2 Enterprise Advanced edition. This is a compact drone that has a foldable structure and comes with a dual camera system. Its features and 1/2-inch RGB sensor that can capture 4k videos and 48MP images, while the thermal imaging camera has a 640×512 resolution with a 30Hz frame rate and comes with a temperature accuracy of ±2°C. The drone also comes with an RTK module for centimetre-level accuracy, omnidirectional obstacle avoidance, around 30 minutes of flight time and a 10km transmission range.

Many law enforcement agencies may not need a multi-sensor payload, in this case, there are many fantastic prosumer drones that may be suitable for their needs. One of the most popular is the DJI Phantom 4 Pro, this drone comes equipped with a large 1-inch sensor that can capture HD video footage and 20MP images. It has a flight time of around 30 minutes, a transmission range of 7km and comes with intelligent features such as autonomous flight modes and an automatic return to home feature.

How much do these drones cost? For the drones with dual/multi sensor payloads, the price range is between $4000 for the Parrot Anafi Thermal to around $24000 for the Matrice 300RTK with the Zenmuse H20T multi-sensor payload.

One of the main concerns the public have about drones is privacy issues, especially for drones that are used by the police and other law enforcement agencies. They will want to know how the data will be used and protected and what precautions will be in place so that drones are not misused. For public agencies like the police force, it will be up to them to calm the fears of the public and reassure them that the data they collect in the form of videos and photos will always be secure and used only for their intended purpose.

Public concerns can be calmed by showing the benefits of drone use as mentioned in this article and their use will be highly regulated so that they are not misused.

If you are in law enforcement and looking for some further information about how drones can help your department and how to start a drone program, check out the following links.

In this article, we have seen the benefits drone provide for law enforcement agencies, they provide an alternative means of tracking suspects, monitoring large crowds and events and are an excellent tool for search and rescue operations.