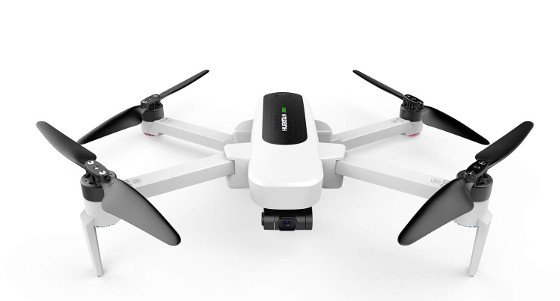 The Hubsan Zino is a foldable drone that comes with a 4K camera and some advanced features. It is a cheaper alternatives to the likes of the DJI Mavic and Parrot Anafi. It comes with advanced flight modes like waypoint, tracking and line fly, it also has comes with an intelligent battery with a failsafe that will be activated when the battery is low on charge. It is an affordable 4K camera drone that is suitable for both aerial photographers and beginners.

Welcome to my Hubsan Zino review, an affordable 4K camera drone with some advanced features that include smart follow and image tracking capability.

Hubsan are known for their budget-friendly drones, most of their drones cost less than $200, they come with good features and are easy to fly. However, with the Hubsan Zino, they have now entered the higher end of the drone market and will be competing against the likes of DJI Mavic, Parrot Anafi, and Autel Evo but without the price tag, these drones come with.

I love drones and one of my favourite things about modern consumer drones is that nearly all of them come with cameras. Most of them are good but if you want a camera drone that is capable of taking professional high-quality aerial images and video footage, you would have to shell out a large sum of money.

The Hubsan Zino changes all that, it comes with an actual 4k camera with a Sony sensor and an image chip from Ambarella along with some cool features, making it one of the best drones under $500. This is still a little expensive but when compared against its competitors, it is much cheaper and comes with more or less the same features. It’s a drone that is suitable for everyone, from beginners to more experienced pilots and especially those who are looking for an affordable 4k camera drone. 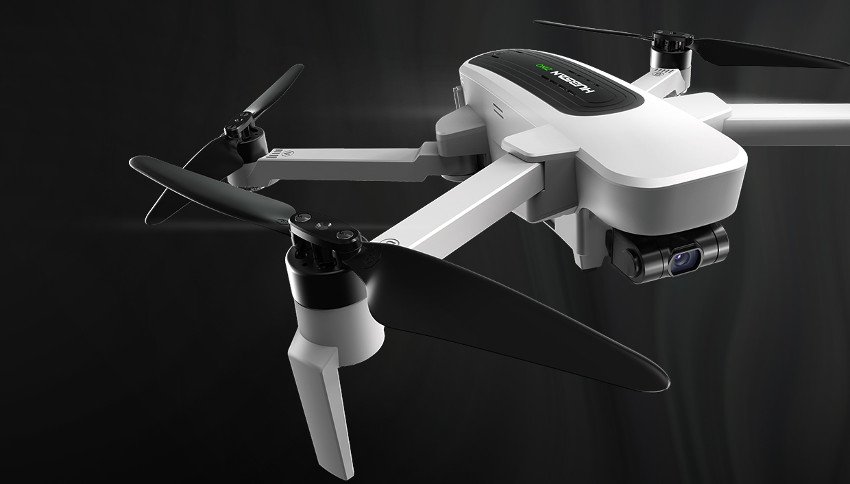 The first thing you will notice is that the drone follows in the footsteps of the Mavic Pro in its design features. The Hubsan Zino is a foldable drone that makes it compact and easy to carry around, it weighs just over 700g. If you travel a lot and looking for a good high-quality camera drone, the Hubsan Zino is perfect.

As the Hubsan Zino weighs around 700g, you will need to register the drone with the FAA (if you live in the USA) and with the CAA (for UK residents). The rules and regulations regarding flying consumer drones are kind of fluid at the moment because the technology keeps on advancing, so it is best that you regularly keep up to date with these rules so that you know what they are and comply with them.

Back to the design of the drone, the drone is made out of high-quality polycarbonate that is durable and will not damage easily, this is great for new flyers who will most definitely crash the drone a few times before they get the hang of it.

I like its black and white color scheme and the LED lights underneath each rotor make it look cool and suitable for nighttime flying.

The Hubsan Zino controller looks similar to that of the Mavic Pro, it feels comfortable in your hands and the controls are easy to reach. There is a smartphone attachment on the bottom but no attachment for something larger like a tablet.

You can control the drone with the RC or your smartphone. To use your smartphone as a controller, you will need to download the X-Hubsan app, which is available on both Google Play and the App Store. The app provides you with even more features like limiting the distance your drone can fly, FPV, intelligent flight modes, and map navigation.

The app is intuitive and easy to use, however, there are issues like connectivity and many people complain that the app uses too much power and drains the phone battery fast. However, they do release regular updates, so some of these issues will hopefully be resolved.

The main feature of the Hubsan Zino, in my opinion, is the 4K camera, with it, you can take good aerial photography without having to splash out a huge sum of money.

This camera can shoot videos in FHD at 30FPS, the quality of the video footage is very good, especially for its price. You can also take crystal clear pictures in 13MP. The camera has a state-of-the-art Ambarella image processor and a 3 axis gimbal will make sure that your video and images are distortion-free.

To record videos and images in their highest resolution, you will need to purchase a fast micro SD  card, preferably class 10 or above (there is a memory card slot on the drone), this way you will be able to record locally which results in better quality instead of over WiFi which can be affected by interference and lower quality videos and photos.

The Hubsan Zino also comes with FPV capability, this will allow you to stream live video footage straight your mobile phone, and with its 5G technology, the streaming quality is very good. One thing to keep in mind is that because the camera transmits to video over 5g WiFi, you should preferably have a smartphone with 5g technology, otherwise, you may not be able to make use of its FPV and smart flight features.

All these flight modes are easily accessible from within the X-Hubsan app;

Panorama – With the press of a button, the drone will rotate a full 360° and record at the same time.

Waypoint – Draw a flight path of the app and the drone will follow that route on autopilot.

Tracking – This is a cool flight mode, you can lock the drone on a target and it will follow the target automatically.

Line Fly Mode – This is similar to Waypoint but in this mode you can only draw a straight line path on the app.

With each intelligent flight mode, you will have access to the camera so you can still record videos, stream them to your smartphone and take images.

Intelligent Battery – This is a new generation Lithium ion battery, providing a longer flight time than most other drones in its price range. When the battery reaches a low charge, the automatic return home function will be activated and the drone will return to where you are. It has a charge of 3000 mAh and this provides a flight time of around 20-23 minutes.

Although 20 minutes is on the longer side of drone flight times, its still not enough to fully enjoy your drone. This why its best to purchase a couple of extra batteries and have them all charged up before you go out to fly.

Headless Mode – This mode is for beginners, it allows you to fly the Zino without needing to know the orientation of where the drone head and tail is. When you become a more experienced pilot, you can turn this feature off but at the beginning its best to fly with the aid of the headless mode.

Its stated transmission range is 1KM but it is usually less than that and video transmission isn’t very good quality from that far away. Also, please be aware of any drone regulations that may be in effect where you live. In some countries, you may have to register your drone before you can fly it and you may also be limited in the areas you can fly around.

The Hubsan Zino is a fantastic little drone that comes with some powerful features and a very impressive 4K camera. It’s a drone that is suitable for everyone, from beginners to aerial photographers and its size and weight makes it a great drone to travel with. Click on the button below to get more information about this drone and see its current price. If you would like more options for drones at a similar price range, check out my list of the best drones for beginners