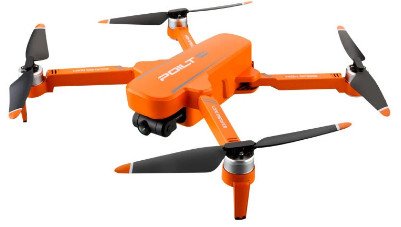 The JJRC X17 is a medium-sized foldable drone that comes with an HD camera which can record video footage in 2.7k and capture 6k images. The camera is stabilised by a 2-axis gimbal for smoother videos and photos. It comes with GPS and an optical flow sensor for better flight stabilisation. The drone also comes with several intelligent flight modes and has an official flight time of 30 minutes, although its more in the range of 25 minutes.

Hello and welcome to this review of the JJRC X17 GPS drone.

JJRC are a well-known brand in the world of radio controlled toys and they have established a reputable name for producing low-cost consumer drones.

Many of their drone I have already reviewed on this site like the JJRC X12 & X11, which are two of the more popular JJRC drones.

The JJRC X17 is one of their more recent drone models and it comes with a lot of advanced features. If you are in search of cheap GPS drone that is easy to fly and suitable for most people, the JJRC might be a good choice, however, it does have its issues and I believe there are better options for you as you shall see from this review.

The first thing I want to mention about this drone is its design, while I am a huge fan of foldable drones like JJRC X17, I am not a fan of the two colours, it comes which are orange and green. That’s just a personal preference but I do wish they had stuck with the usual colours like black/white/grey or a mix. 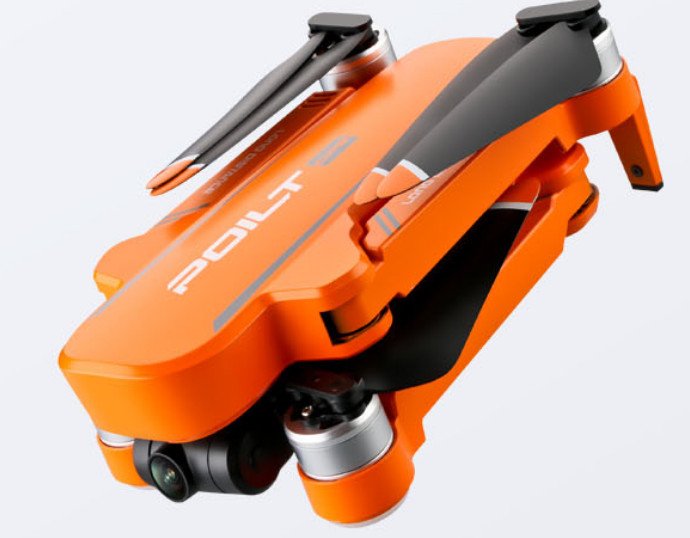 The one advantage these bright colours will have is that it will definitely be easier to follow the drone as it gets further away. Although as it comes with GPS and allows you to stream live video footage to your smartphone, you don’t really need to have visual awareness of where the drone is.

Also, on the top, there is the word “Poilt” I don’t know if they made a mistake by incorrectly printing Pilot or maybe the word poilt means something else in another language.

As for the drone’s design and structure, apart from the unfortunate colour choices JJRC decided to go with, it is a well-built drone. It has a foldable design, which is probably the most popular type of drone at this moment because of their compactness and this makes them easier to carry around.

So, if you are looking for a cheap travel drone, the JJRC X17 might be a good choice.

Something you will have to take into consideration, especially if you are planning on travelling with this drone is the drone’s weight, which is just over 500g. This isn’t very heavy but as it weighs over 250g, you will need to register the drone if you live in the UK, Canada or the USA.

One cool accessory you get with the drone package is a nice shoulder strap carry case, this will save you money from having to purchase one yourself.

The JJRC X17 comes with brushless motors, which is a pleasant surprise for a drone that costs less than $200. These motors last longer than their brushed counterparts and provide the drone with more flight power which will allow you to fly it in windy conditions. Although, I only advise you to do this if you are an experienced drone pilot.

There are some cool LED lights underneath each rotor arm that will help you to calibrate the drone’s compass, something you will need to do before every flight. The lights will allow you to fly the drone in twilight hours and it makes for a nice spectacle seeing the lights dance around in the night sky.

As well as being GPS drone, it also comes with an optical flow sensor on its belly for better flight stabilisation, this will be especially helpful if you are flying in areas with a weak GPS signal.

It’s powered by a 3S 11.1v 2850 mAh lithium polymer battery that provides it with an official flight time of 30 minutes. However, this is slightly exaggerated, however, flight tests have shown that you can get around 25 minutes from one battery charge, which for a drone that costs less than $200, is very impressive.

You also get the option of purchasing the drone with one or two extra batteries which will allow you to extend the flight time without having to wait for the battery to recharge, which takes a few hours.

There is a micro SD card slot on the side of the drone, it can take a maximum capacity of 64Gb memory card and to record videos and images at their highest quality, you should purchase a high-speed memory card.

One last thing I want to mention before I get to the camera is regarding the drone remote controller. Now, this isn’t the most aesthetically pleasing drone controller I have come across, it is quite big and has an LCD screen in the middle that will display a lot of telemetry data about the drone. It requires 3 AA batteries which unfortunately are not included, so if you do decide to purchase this drone, remember to get some batteries for the controller. 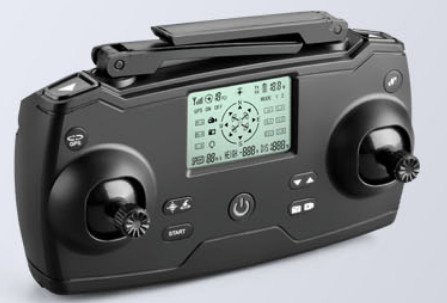 The controller has a smartphone attachment that pulls out from the bottom and a pair of fake antennas on the top. It can hold a big smartphone but not a tablet.

For FPV purposes and to use the drone smart flight modes, you will need to download the HFun Pro app which is available for both Android and iOs devices. It’s a decent app but can be a bit buggy at times, but this is usual for drone apps that have not been developed by the like of DJI, Autel and Parrot. If you have a 5g compatible phone, then you should have no problem with the FPV feed or the smart flight modes, however, if you have an older smartphone, you may run into some issues with regards to these features.

So, take this into consideration before purchasing any drones that only work best with 5g smartphones.

If you would like more options for drones at a similar price range, check out my article for the best drones under $200. 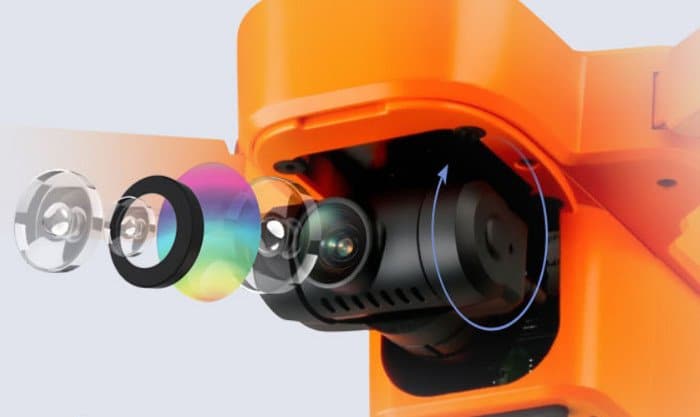 The drone comes with a decent HD camera, it has a wide-angle view and is stabilised by a 2-axis motorised gimbal. The gimbal can be remotely adjusted to get better viewing angles and provides image and video stabilisation.

On the product detail page, it says that it comes with a 6k camera, this is technically correct, you can shoot 6k horizontal images in JPEG format. However, when a lot of people see 6k, they may assume that the camera can record videos in 6k, which it cannot. This is kind of deceptive advertising which I have noticed a lot of smaller drone companies do.

You cannot record or capture professional-quality videos/photos with this camera but what you do get is pretty decent, especially for a drone that costs less than $200.

Video footage is recorded in 2.7k at 25fps, you may notice a distortion like shakiness and jello effect but that is to be expected for a camera of this quality. The live video feed is of decent quality, although because it is transmitted over WiFi, there frame breaks and lag issues.

You have the option to record videos and images on either your phone or on a memory card, for the best quality, you should record on a micro SD card and not on your phone.

Overall, it is a decent camera but I have seen better at a similar price range, for example, the MJX B7 comes with an actual 4k camera and costs less than $200.

Like most consumer drones that come with GPS, the JJRC X17 comes with 3 smart flight modes that will allow you to fly the drone autonomously, giving you more freedom to concentrate on capturing better videos and photos.

These flight modes include the following:

Orbit – In this mode, you can lock the drone onto a point of interest and it will orbit that position automatically.

Waypoint – This will allow you to draw a flight path on the drone app and it will fly along it completely hands-free.

The drone also has an automatic return to home feature that is activated if you lose connection with the drone or if the battery gets low on charge. This is a cool feature that will minimise the risks of losing the drone in mid-flight.

These flight modes only work in areas with a strong GPS signal, so the automatic return to home feature will not work if the GPS is turned off or the GPS signal is lost.

Other features include geo-fencing so that the drone does not fly out of range and gesture control which will allow you to capture videos/photos through hand gesture.

Overall, this drone fly’s well, it is easy to control and the flight is stable and smooth. However, it does have issues with compass calibration which sometimes leads it to wobble or spin when you try and hover or land. Also, smart flight modes do not always work properly, and the live video-feed freezes often. To get the most out of this drone, you should have a 5g compatible smartphone, so if you do not have a 5g smartphone, I would not recommend this or any drone that only works properly with 5g WiFi.

This is a decent drone and for its price, it may even be a bargain, however, it does have issues and you do need a smartphone with 5g technology to make the most of its features. To find out more about this drone and its current price, click on the button below.