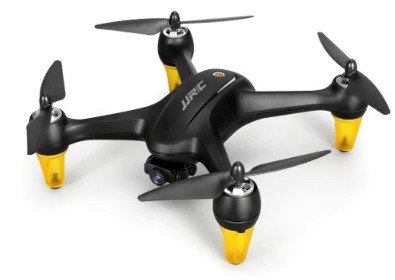 The JJRC X3P is a low-priced HD camera drone, it’s a nice-looking drone that comes with some advanced features like a GPS module, smart flight modes and FPV. It has a headless mode which is great for beginners and comes with brushless motors, it also has a flight time of around 15-18 minutes. It’s not the best beginner-friendly drone, but at the price it’s selling for, it’s worth considering.

JJRC are a well-known brand in the fast-growing world of low-cost consumer drones, they have released a lot of high-quality drones that have proven to be very popular, some of them I have reviewed on my blog such as the X11 and X12.

The JJRC X3P is not as expensive as some of the other JJRC drones, it costs a little over $100 but as you will see from this review, it comes with some great features and the drone is suitable for everyone especially for beginners.

So, if you are looking for a low-cost HD camera drone, keep reading this review of the JJRC X3P, you may like what you see.

The JJRC X3P is a nice drone, it kind of reminds me of a recent Hubsan drone I reviewed called the H501S. It’s built from ABS plastic and has a very solid feel like it will not get damaged easily if it crashes against something. 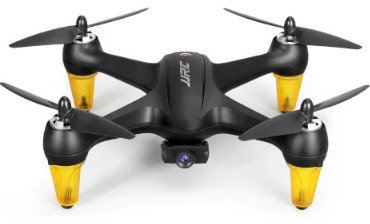 It’s not a foldable drone, which is a shame because they are my favourite type of drones and it is a medium-sized drone measuring at 40*40*7.5 cm, so if you will need a carry case for this drone if you want to travel around with it which a lot of people are now doing when they go on holiday.

Another thing you have to keep in mind if you want to travel with this drone is that it weighs just under 400g, which means if you are travelling to countries like the USA, Canada or the UK, you will need to register the drone before you can fly it. Any drones over the weight of 25og have to be registered in the countries I have mentioned, however, most other countries do not have a weight requirement if you want to fly the drone for recreational purposes.

Still, it’s a good idea to check the local rules and regulation regarding drones just to be safe so you know what the rules and that you are complying with them.

Now, back the design of the JJRC X3P, the drone has an all-black colour scheme which I like as it makes it look kind of stealthy and futuristic. The HD camera is on the front, it’s not fixed onto the body like a lot of similarly priced camera drones, you can actually take out the camera, which you will need to do to access the micro SD card slot on the back of the camera.

One end of each rotor arm there are some extended legs that will help protect the camera when you land the drone. The landing legs are also LED lights, these lights serve a couple of purposes, one they look spectacular when flown at night and second, the lights are used to indicate when the drones compass has been fully calibrated. 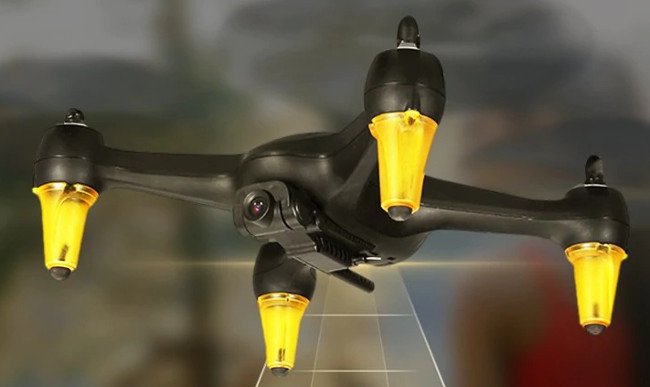 One of the upgrades to the original X3 is that the JJRC X3P comes with powerful brushless motors. These motors are far more efficient than brushed motors, this means they last longer and do not require as much maintenance as brushed motors. These brushless motors provide a powerful thrust when the drone takes-off and also allows the drone to fly faster.

The X3P also has a longer flight time than its predecessor, the official flight time is 18 minutes, but I have noticed that some drone companies sometimes overstate this, so expect around 15 minutes. You may get 18 minutes if you fly in perfect conditions and do not use the drone’s camera, which seems highly unlikely as the camera is the best feature of this drone.

Now, the flight time is decent for a drone that costs just over $100, but I always advise my readers to purchase a couple of extra batteries to extend their flight time because let’s face it, 15-18 minutes is not enough time to fully enjoy flying any kind of drone.

Talking of batteries, the drone is powered by a 7.4v 2000 mAh lipo battery, these are the new modular batteries that keep their charge for longer, the battery fits into the back of the drone and you get the option to purchase two or three with the drone, which I highly recommend. 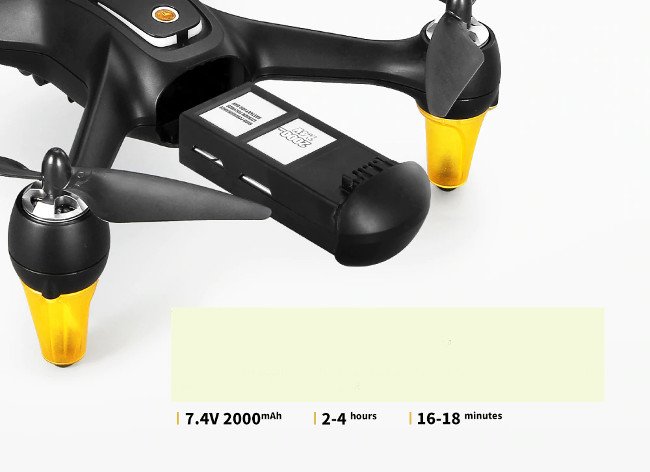 One of the last things I want to mention before I get to the main features of the JJRC X3P is regarding its remote controller.

This is a nice-looking controller that has been ergonomically designed, it’s not too big and is comfortable to hold. It has rounded corners and some fake antennas for aesthetic reasons, there is a separate smartphone holder that you can attach on the front and in the middle, there is a nice looking OLED screen that displays telemetry data about the drone. The transmission range for the drone is around 500 meters if you don’t use the FPV feature but if you do, it’s around 250-300 meters.

To use the drone’s FPV features and its smart flight modes, you will need to download the official JJRC TST app. This available on both the Google Play Store and Apple App Store. It’s a decent app but does sometimes have problems especially when it comes to the live video streaming and using the smart flight modes. However, on whole, it works as it should and they do update the app as soon as a problem is reported, so hopefully, it continues to improve.

I should also add that your smartphone should be 5G compatible as it only works with WiFi signals in that band. 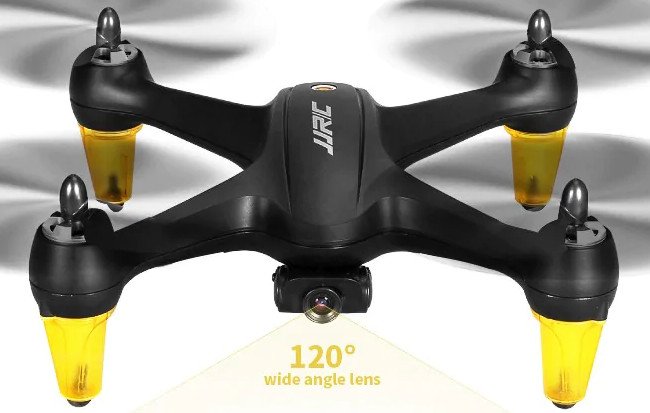 Now, we come to the main feature of this drone, which is its HD camera, now let me say this, this is a budget-friendly drone and the camera will reflect that. If you want a camera that will provide near professional-grade videos and images, check out my reviews of the DJI Mavic Mini or the Xiamoi FMI X8 SE.

However, if you just want a drone that can take some decent quality videos and images that you can enjoy and share with your family and friends, the JJRC X3P camera will do the job. The camera has a 120° wide-angle lens that will capture more details and it can be remotely adjusted 90° for better viewing angles.

As you would expect from a cheap drone, it does not come with any kind of image stabilisation feature but with its 6-axis gyroscope, the overall quality of the images and videos are decent. The live video streaming quality is in 720p while the recorded version will be in 1080p. To record videos, you will need to purchase a micro SD card. The live video streaming can sometimes be interrupted because of interference and sometimes the app just crashes.

On the whole, considering what you are paying for the drone, it’s a decent camera that can have a lot of fun with.

Like most drones that are released now, the JJRC X3P comes with a lot of advanced features that will enhance your flying experience and make it more enjoyable.

GPS – The drone comes with GPS for precise positioning and better flight stability.

Altitude Hold – In areas with a low GPS signal, you can use the altitude hold mode for better flight stability.

WayPoint – A cool smart flight mode that will allow you to draw a flight path on the app and the drone will fly along that route and come back home.

Follow Me – In this smart flight mode, the drone will lock onto your smartphone and follow you wherever you go.

Orbit – This mode allows you to choose a point of interest and the drone will orbit that position automatically.

Automatic Return Home – The feature can be activated manually via the remote control or the button on the app. It is also activated automatically if you lose connection with the drone or the battery gets to low. It’s a useful feature that will minimise the risks of losing the drone.

I must add that the smart flight modes only work in areas with a strong GPS signal and even then, they sometimes do not work as they should. This is not always the case but with low-cost drones it unfortunately happens frequently.

The JJRC X3P is a good drone with some cool features, it has its problems but nothing major and for the price you pay, it’s worth the money. Click on the button below to for more information and its current price. If you want a better choice, I highly recommend the DJI Tello drone that comes at a similar price but has a better camera and more features.