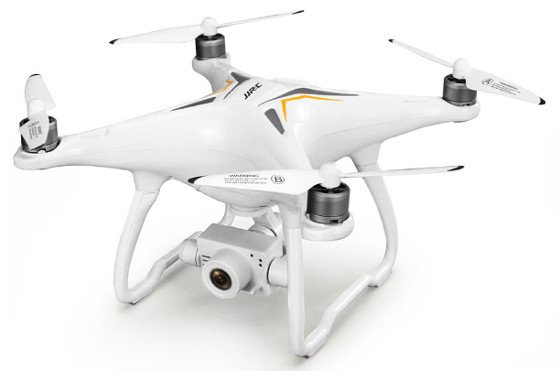 The JJRC X6 Aircus is a small quadcopter that looks like a miniature version of the DJI Phantom range of drones. It comes with some advanced features like an HD camera with a 2-axis gimbal for image and video stabilisation. Its also enabled with dual GPS and comes with 3 intelligent flight modes and has a flight time of 20 minutes. It’s a great drone, especially for its price.

Hi there and welcome to my review of the JJRC X6 Aircus HD camera drone.

JJRC are becoming an established name in the world of cheap ( but very good ) drones, I have already reviewed some of their most popular drones like the X11 and X5, and despite being relatively cheap, most of their drones come with impressive features. This is also true for the JJRC X6 Aircus, which is one of the newest quadcopter models to hit the market.

If you are looking for a high-quality inexpensive drone with advanced features keep reading this review because the JJRC X6 Aircus ticks all those boxes.

My recent reviews have been mostly foldable drones, they are my favourite types of drones because most of them are lightweight, compact and great for travelling around with. Although the JJRC X6 Aircus is not a foldable drone, it is small and weighs under 400g and has a very nice design. 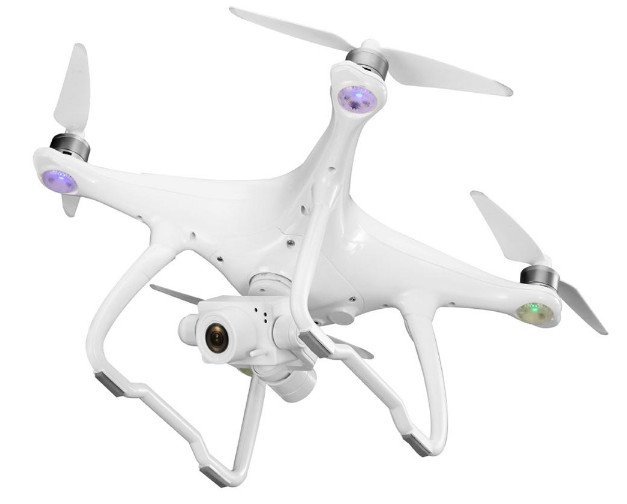 The design actually reminds me of the DJI Phantom range of drones, it is made from high-quality plastic and looks like a premium drone. It’s not compact like a foldable drone but it is small and doesn’t weigh much, so it still makes a good drone to travel around with.

It has some very cool design elements like the small air vents on each rotor arm and two landing gears that will protect the camera when you land. There are large LED lights underneath each rotor and these not only look cool during the night but they also help to indicate when your drone has been fully calibrated.

The battery also looks like a DJI Phantom battery, although not as large. It’s a small rechargeable lipo battery that has 3000 mAh charge which will provide the drone with a 20 minute flight time which is very good for a drone in its price range.

The battery has three LED lights that indicate how much charge is left and its slots in neatly into the back of the drone. Although the flight time is longer than your usual toy drone, 20 minutes is still not enough time to fully enjoy flying a drone. Luckily there are options with Banggood to purchase an extra two or three batteries which I highly recommend you take.

To fully charge the battery takes a few hours and this is another reason purchasing extra batteries is highly recommended, no one wants to wait 3-5 hours to fly their drone again.

The JJRC X6 Aircus comes installed with powerful modern brushless motors which provide the drone with more thrust during take-off is more efficient and makes the drone faster.

Now to one of my favourite parts of the JJRC X6 Aircus drone and that is its remote controller, which also looks like a DJI Phantom range controller. 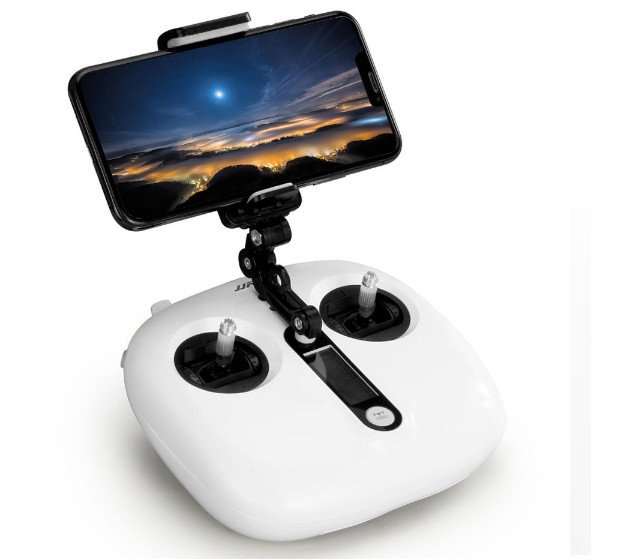 It’s quite big but still ergonomically designed and feels very comfortable in your hands. It has smooth round edges and nice LCD screen in the middle that displays telemetry readings of the drone, this is a cool feature as you will see data for drone height, distance, battery level and how many satellites the drone has locked on to.

There is a separate smartphone attachment that is placed on the front of the controller and is large enough to hold big smartphones. The controller is powered by 2AA batteries which are not included with the package, it works on 5G WiFi technology so make sure that your smartphone is 5G compatible for FPV purposes. 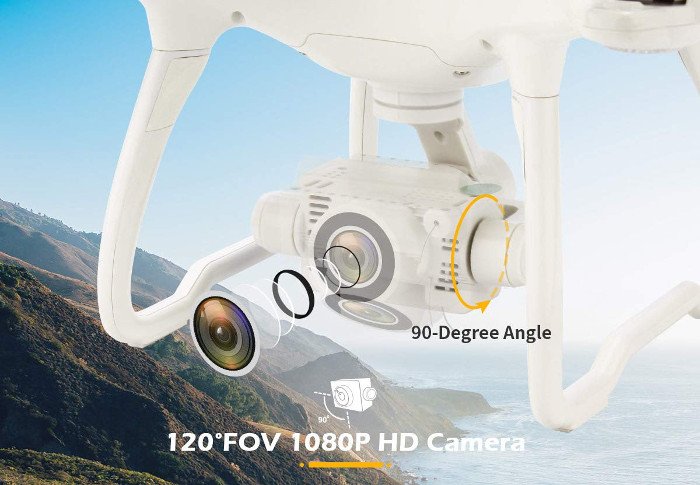 Now to my favourite feature of this drone and that is its 1080p HD camera.

One of the main reason’s drones have becomes so popular these past few years is because many of them come with really good cameras. Drone camera allows people to explore their world from above and experience places in a way they could not have before.

It is truly an awesome way to view the world and with the JJRC X6 Aircus HD camera, you will be able to see it in clear HD.

The camera is mounted on a 2 axis gimbal, this will stabilise your camera and make sure that your videos and images are almost distortion-free. It has a 120° wide-angle lens that will capture more detail in your images and videos and the FPV range is between 200m-500m.

The angle of the gimbal can be remotely controlled and pitched 90° for better viewing angles, this is another advanced feature that will help in taking better aerial footage.

This is definitely one of the most affordable HD cameras drones that also comes with an advanced gimbal system and for less than $200, is worth the price.

If you want better options for a HD camera drone, I suggest you read my article on the best affordable 4K drones, these drones will allow you to take near professional aerial video footage and images and you will not need to splash a $1000+ for it.

Autonomous or intelligent flight modes are becoming more common in drones, they make it easier to fly and take better aerial images and video footage.

Follow Me – Pretty self-explanatory, the drone will lock onto your phone and follow you wherever you go. It’s a great way to record yourself when going for a hike or long walk.

WayPoint – In this mode, you can draw a path on the drone app and the drone will automatically fly through that route and come back to its original starting point. A great way to take aerial footage of your favourite areas without having to worry about controlling the drone.

Point Of Interest – Select a point of interest on the drone app and the drone will automatically circle that point from a height and a distance of your choosing.

Headless Mode – This mode makes it easier to fly the drone, the controls are straight forward and you do not need to know where the head and tail of the drone is.

Dual GPS – Drone supports both GLONASS and GPS, so is able lock onto more satellites.

Indoor Flight – With its altitude hold feature, you can safely fly the drone indoors. Although I would only advise you do this if you have a very large area you can fly around.

Automatic Home Return – You can bring the drone back to its flight of origin by the simple push of a button. This mode is also activated when the battery gets low on charge or you lose connection the drone. A very useful feature which will minimise the risk of losing the drone.

As you would expect from JJRC drone, the X6 Aircus has a stable flight aided by its dual GPS feature and is not very difficult to control. With its 2-axis gimbal, the video footage and images are of really high-quality. It’s a very light drone, so I would not advise you to fly in windy conditions unless you are a very confident drone pilot.

I really like the JJRC X6 Aircus drone, it looks like a DJI Phantom drone but not as big or heavy and comes with some very cool features like the HD camera stabilised by a 2-axis gimbal, dual GPS and autonomous flight modes. For a drone that costs less than $300, it’s well worth the price and would make a great gift for any occasion.

If you want an alternative drone at a similar price point, click on the button below for the best drones for beginners.