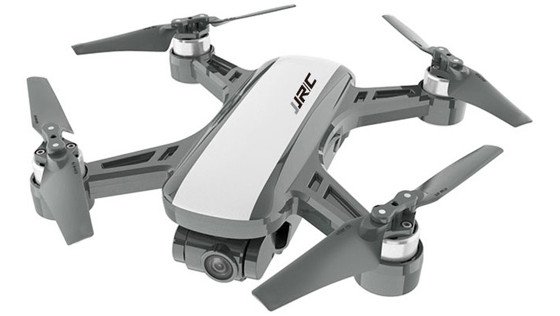 The JJRC X9 Heron is a high-quality camera drone that comes with some stunning features that make it suitable for everyone to fly even beginners. It comes with three intelligent flight modes, GPS, 5G WiFi, FPV and 15 minutes of flight time. The camera is stabilised by a 2 axis brushless gimbal that will give you crystal clear images and videos and you can live stream video footage in 720p HD.

Welcome to my review of the JJRC X9 Heron drone.

Just a few years back, there were hardly any drones that could shoot and record in HD and the few that did come with this technology were very expensive. However, with growing market demand for cheaper alternatives to the likes of DJI, there are plenty of drones that come with HD cameras and advanced features at affordable prices and one of these drones is the JJRC X9 Heron.

For anyone not familiar with JJRC, they are a technology company based in China and specialise in RC toys. They have released a number of drones that are suitable for everyone, even for beginners. The JJRC X9 Heron is one of their latest drone releases and it comes packed with some amazing features at a surprisingly low price.

First of all, I should mention that the JJRC X9 Heron is an upgrade to the JJRC X9, it comes with many more features and an advanced HD camera with a gimbal system for image and video stabilisation.

Out of the box, you get a wide range of accessories like spare propellers, 1 lithium-ion battery, USB charging cable, L-type hex wrench and the remote controller.

The drone has a very nice design, it actually looks a lot similar to the DJI Spark which is one of DJI’s cheaper drones and I think this may have been done intentionally by JJRC. This is because DJI’s drones are fantastically designed and come with superior technology. Now, smaller drone companies just do not have the R&D to copy the technology but they can imitate some of the design elements and this what many like JJRC have done.

The drone is built from durable plastic and is pretty lightweight, including the battery, it weighs just under 250g. 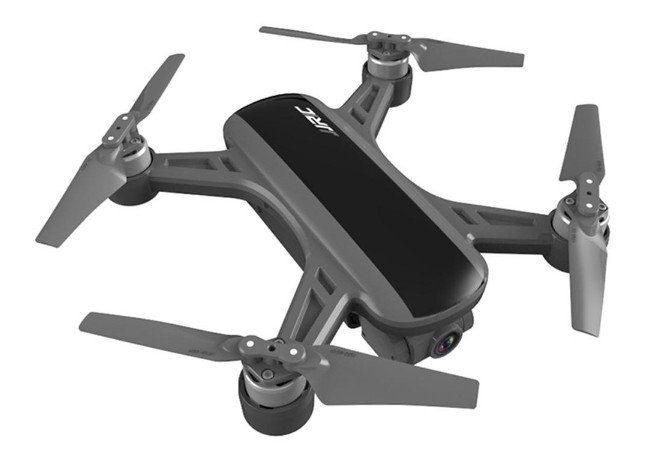 The drones come in two colour options, grey and black or white and grey, I personally prefer the grey and black colour scheme, I think it makes it look a bit more futuristic. Another cool aspect of this drone is that each rotor has LED lights underneath them. These LED lights make the JJRC X9 Heron suitable to fly during the night and drones with LED that are flown at night make a fantastic spectacle. A great way to impress family and friends.

Like most modern drones, this one comes with one lipo battery that has a 1000 mAh capacity. This gives it a flight time of around 15 minutes which is on par with most other drones in its price range.

While 15 minutes of flight time is decent, it’s not really enough time to enjoy flying a drone, this is why I always advise people to purchase extra batteries. Luckily batteries can be purchased from major online retailers like Banggood and Amazon. However, with the JJRC X9 Heron, you get the option of getting an extra two or three batteries when you order from Banggood, I do highly recommend you choose either one of those options instead of having to purchase batteries individually later on.

The last thing I want to mention before I get to the main features of this drone is the JJRC X9 remote controller. It looks simple, has rounded edges which makes it comfortable to hold and is larger than I imagined it would be. There is a smartphone holder at the top and it comes with a lot of controls which corresponds to the advanced features the drone comes with.

There is a gimbal dial at the top which controls the 2 axis gimbal on the drone, there are also buttons for recording videos and taking pictures and two joysticks to control the drone’s movements. The controller has a transmission range of around 1000m in optimal conditions, so expect a lower a transmission range because weather conditions are not always perfect and sometimes drone companies overstate their drone range.

You can also control the drone just through your smartphone via the Enjoy-Fly app, this app is compatible with both Android and iOS devices and most of the features are available through the app. The stated FPV range for the drone is around 800m, this seems a bit generous, tests have shown the limit to be way less. 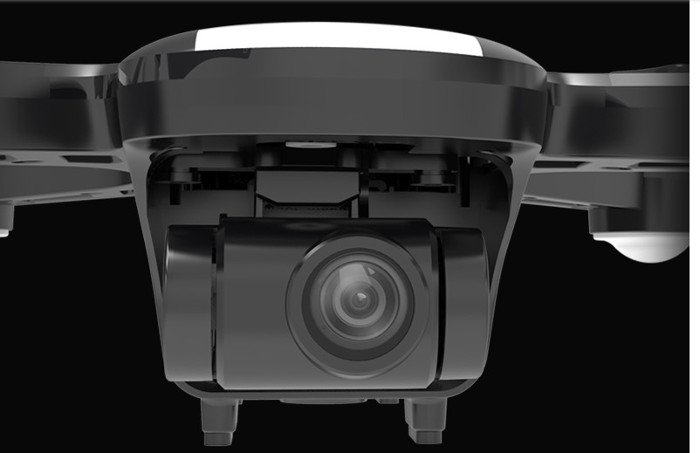 Now, I have seen many places around the web say that the JJRC X9 Heron comes with a 4K camera, this is not true. It does come with FHD 1080p camera but it is still not 4K, having said that, the camera quality is of good standard and you will be able to take some decent aerial images and video footage.

The camera is stabilised by a 2-axis brushless gimbal, this is an advanced piece of equipment that will make sure your images and videos are distortion-free. The FPV system will allow you to stream 720p video footage straight to your mobile device.

The video is transmitted via 5G technology so there is little lag in the transmission and the footage is very clear. The camera has a wide-angle lens which you can adjust 90° up or down via the remote control this gives you more options to get the angle that you want to shoot from and take the perfect picture.

This is a good camera and although its not as good as the Spark, it is less expensive and if you are not a professional photographer, you will most likely be pleased with it.

Like most advanced drones, the JJRC X9 Heron comes with three intelligent flight modes, these modes can only be flown via the app and they provide a great way to take aerial pictures and images without having to worry about controlling the drone.

The Three intelligent flight modes are;

Waypoint – Allows you to draw a path on the app and the drone will automatically follow that route and come back to its starting position.

Follow me – In this mode, you can lock the drone on yourself and it will follow you wherever you go.

Point of interest – Similar to the previous flight mode but this time the drone will orbit you or any other subject you lock the drone onto.

The drone comes with several other features that will come in handy to the user, it has a low battery fail-safe feature, this means when the battery is on low charge, the drone will automatically return home, thus minimising the risk of losing your drone.

It also comes with GPS and optical flow system this allows for better hovering capability and also makes for a better flying experience.

The X9 Heron fly’s very well and even holds up surprisingly well in windy conditions despite its lightweight body. Although I wouldn’t advise flying in any kind of bad weather unless you are a highly experienced drone pilot.

It’s easy to fly, especially if you are using its intelligent flight modes and with features like altitude hold and GPS, it’s even suitable for beginners to fly this drone. The drone is pretty fast and its official stated maximum speed is 20 km/h.

The JJRC X9 Heron is a good mid-range drone that comes with some awesome features which will make it fun to fly. The best feature, in my opinion, is the HD camera which will allow you to capture some decent videos and images.