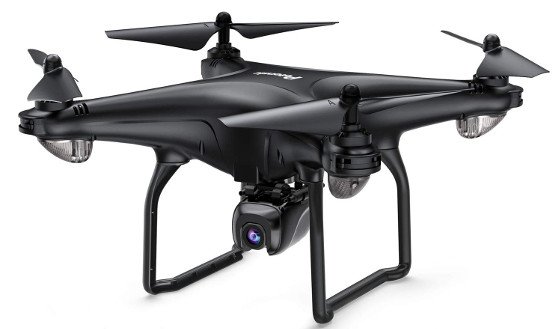 The Potensic D58 is a beginner-friendly drone that comes with an HD 1080p camera with a 120° field of view. It also comes with dual GPS for better flight positioning and stability, 5G WiFi for video transmission and a few smart flight modes. It’s a nice-looking drone that isn’t very heavy and is easy to operate. The drone comes with a flight time of around 15 minutes and you get two batteries with the package to extend the overall flight time.

Potensic are a well-known brand in the world of low-cost HD camera drones, in this article I will review the Potensic D58, one of their most popular drones with over 100 reviews on Amazon and a 4+ star rating.

When it comes to budget-friendly drones, we are spoiled for choice, there are so many options out there, I have reviewed many of these drones on my blog including a few from Potensic.

They have released some decent drones and most of them are suitable for beginners, including the one I am reviewing today. 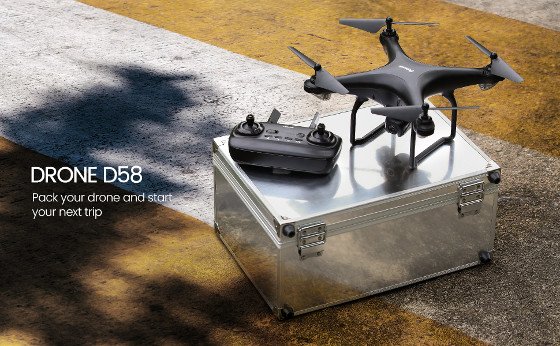 Now, if you are a regular reader of my blog, you will know that my favourite type of drone is a foldable drone. They are just so much more convenient, especially if you are a frequent traveller since foldable drones are lightweight and compact so you can easily store them in your luggage without taking up much space.

The Potensic D58 is not a foldable drone, which is unfortunate because it is a good overall drone. It’s similar in design to the DJI Phantom range of drones but way smaller and nowhere near as heavy. DJI are the most popular consumer drone brand and there is a reason so many smaller companies copy their drone design, they look awesome and people love it.

The Potensic D58 is not a very big drone but with its landing legs, it will take up a lot of space if you want to travel around with it. Fortunately, there is an option to purchase this drone with a trendy looking aluminium carry case, it costs a little bit extra but will be worth it if you are going to be travelling a lot with the drone.

One of the many aspects of this drone that I like is that It’s a very lightweight drone weighing around 230g. This is a significant number because it is less than 250g, which means if you live in countries like the USA, Canada or the UK, you will not need to register your drone to fly it.

However, if you live in any other country, please do check what the rules and regulations are before you fly any kind of drone.

The drone comes with brushed motors, which is kind of disappointing because brushless motors are more efficient and powerful, and they last longer. However, I can understand why drone companies sometimes opt for brushless motors on low-cost and that is because they are cheaper.

Despite having brushless motors, the drone still fly’s well, so it’s not a huge deal, especially for cheap beginner-friendly drones.

Like many drones nowadays, the Potensic D58 has big colourful LED lights underneath each rotor arm. They look spectacular if you fly this drone during twilight hours and if you have family or friends with drones with LED lights, you can make an amazing light show if you fly together, that is if you and they are both experienced pilots.

The LED lights also serve another purpose, they light up differently to indicate when the drone compass has been fully calibrated.

The camera is placed on the belly of the drone and is supported by some dampeners which will help in stabilising videos and images. There is a micro SD card slot on the end of the camera, so you can record your video and image files on it instead of having to use your smartphone.

The Potensic D58 is powered by a 7.4v 1000 mAh lipo battery, these are one of the modern modular batteries that easily fit into the back of the drone. Officially the battery is supposed to give you a flight time of 18 minutes, but its usually a few minutes less, so expect a flight time of around 15-17 minutes. 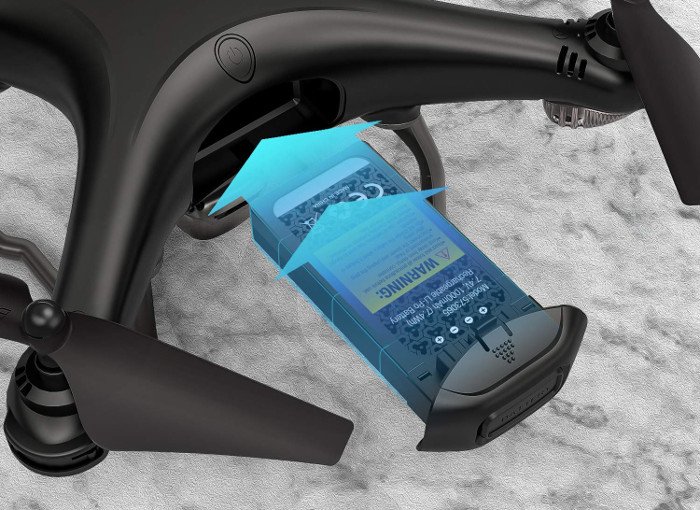 This is a decent flight time, although I have seen longer flight times for drones that are priced similar to the Potensic D58. Although 15 minutes isn’t terrible, it’s not nearly enough time to fully enjoy flying a drone, however, you do get two batteries with the package which is good because it means you will not have to wait a couple of hours to re-charge the batteries before you can fly again.

The remote controller has a minimalist look which I really like and is comfortable to hold. It isn’t too big and all the buttons are easily identified by their icons. There are fake antennas at the top just for aesthetics and a smartphone controller that pulls out from the bottom. The controller has a transmission range of around 150 meters and transmits video through 5G WiFi. It isn’t a great transmission range, but then again, it is a cheap drone. 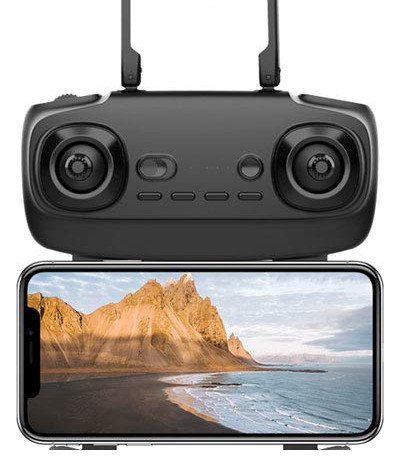 The controller is powered by 4 AA batteries which are unfortunately not included with the package.

To use the FPV feature and its smart flight modes, you will need t download the official Potensic GPS app which is available for both Android and iOS. The app has a clean interface and is easy to use, although sometimes can be a bit buggy, but they do try and patch up any bugs as soon as they are aware. 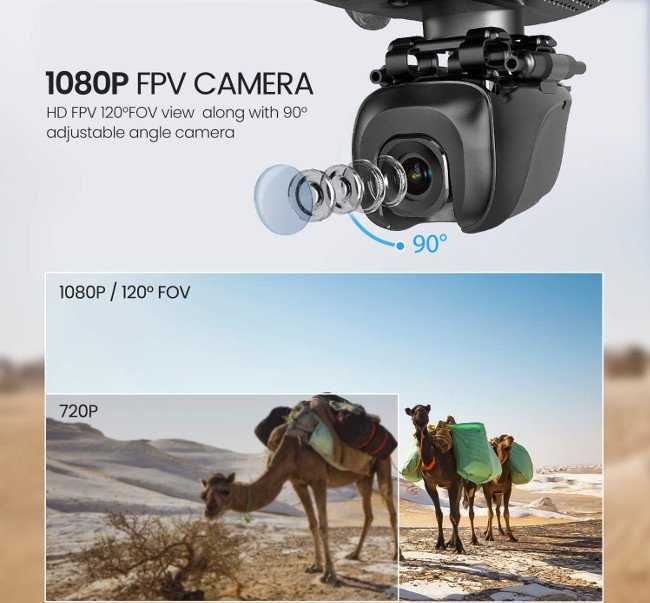 The Potensic D58 has an HD camera that can record in 1080p and stream live video footage in 720p. It has a wide-angle lens that will capture more image details and it can be remotely pitched 90° to get better viewing angles.

The camera has no gimbal system, which is understandable seeing that it is a budget-friendly drone but it is supported by some rubber dampeners which will minimise any kind of jello effect in the videos.

The camera will not win you any photography awards but for the price you are paying, it is worth it and does provide you with quality images.

Like most modern drones, the Potensic D58 comes with a few smart flight modes that will enhance your flying experience.

Way Pont – This smart flight will allow you to draw a path on the app and the drone will automatically fly along that route and come back home. An awesome way to take aerial images and videos hands-free.

Follow Me – As the name suggests, the drone will lock on the controller and follow you wherever you go. A pretty cool flight to use when you go for a long walk.

Automatic Return Home – A very useful feature, you can activate this mode manually by pressing the return home button on the controller or app and the drone will come back to you. This mode will also be activated automatically should you lose connection or when the drone battery gets too low. A great feature that will minimise the risk of losing the drone.

I was actually surprised by how well the drone flys, it hovers accurately thanks to its dual GPS module and can maintain a steady altitude. As it is a very light drone, it not suitable to fly in windy conditions, especially if you are a beginner.

If you are looking for a high-quality HD camera drone, the Potensic D58 will be a good choice.It’s not very expensive, comes with a decent camera, good features and is very light-weight. It’s a drone that is suitable for everyone and very enjoyable to fly.