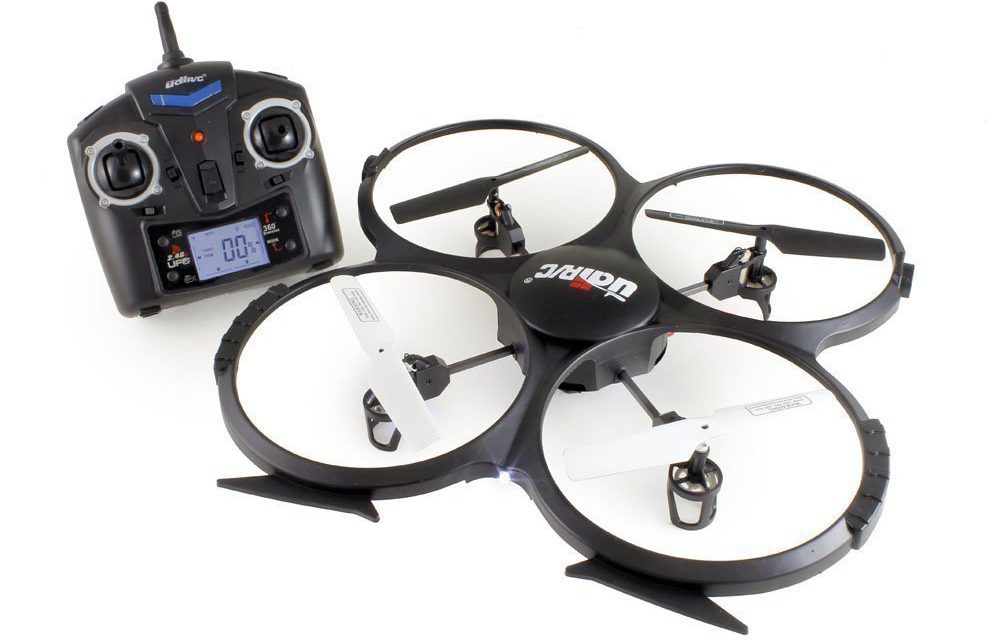 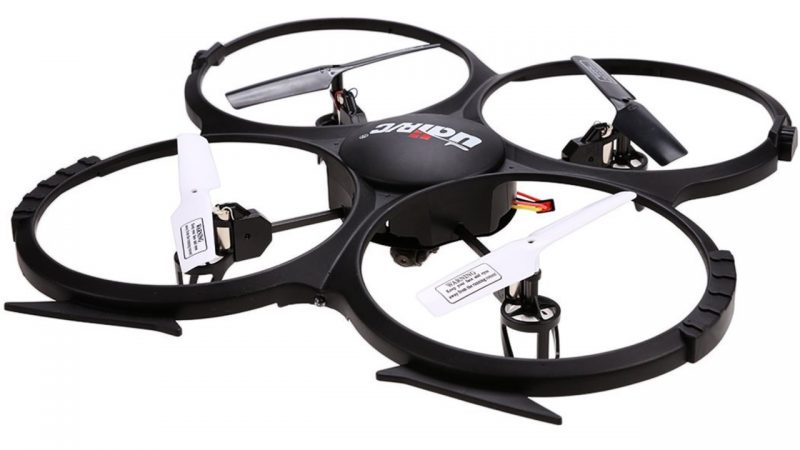 The UDI U818A drone is a beginner friendly drone that will provide you with lots of fun. It comes ready to fly so need for you to assemble anything and a battery is provided. Its got a decent camera that can be unplugged and it can do 360° flips at the push of a button. The flight time is a little short and so you should think of purchasing extra batteries if you do buy this drones.

Hi all, today I will be reviewing the UDI U818A, a really popular drone for beginners.

UDI has created quite a name for themselves over the few years they have been in business. They have become known for creating quality drones at a budget price point. Their products may not have the fancy features (or high performance) of some of the bigger better brands in the drone world – but they certainly fill a gap in the market.

The U818A is probably one of the most popular drones UDI has created. It’s super affordable and is reasonably well made considering its price. It is also a brilliant drone for beginners

But just because it’s good for the price, doesn’t mean it’s good value. So is it good enough for me to recommend?

Well, that is exactly what you will find out in my review of the U818A. 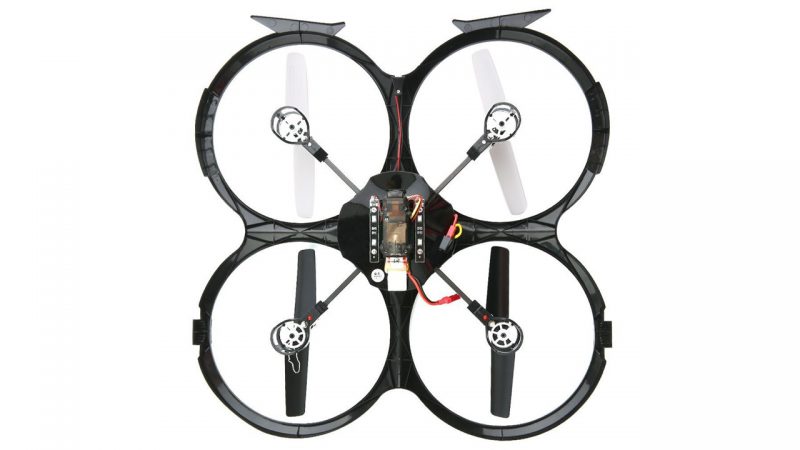 To be totally honest, this is a bit of a bare bones drone compared to some other products in this price bracket. It’s a budget product, and for UDI to be able to offer it at this price point they have had to cut back on all the fancy bells and whistles. They are giving you nothing more than the basics here.

The frame is made from a reasonably thin plastic that doesn’t exactly inspire confidence. Providing you treat the drone with care then it should be strong enough to last you a long time. But if you’re a one those people who love to fly with some creativity then you may want to be extra careful with the U818A. The thin frame will bend at the slightest impact. When this happens it will catch the rotors which will send your drone into its final death spiral before smashing into a million pieces.

However, despite the reasonably cheap materials, the actual design of the drone is top notch. The battery and camera are mounted securely underneath the rear of the drone, and the micro USB slot is easily accessible from the side.

The rotors are 5.25 inches in diameter and are again made from a thin plastic that doesn’t look like it can take much of a beating before breaking. Luckily UDI has included a spare set of 4 rotors with the drone, so if the worst does happen – you have spares.

When it’s up and running, this drone looks like a Christmas tree with all the lights that it has on it. There are several white LED strips around the perimeter of the drone, alongside a powerful forward facing light. The front of the drone has two blue LEDs and the rear has two red LEDs to enable you to easily determine which way is forward. 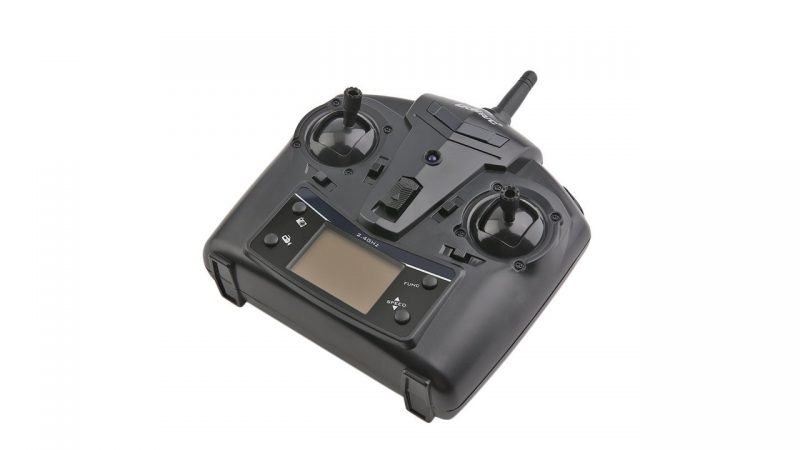 As you would expect from a drone in this price bracket you can’t use it with a smartphone app. You have to control it with the 4 CH 2.4GHz remote controller that comes with the drone

The U818A itself does look cool, however the same cannot be said of the controller. It’s a decent controller that has been made to a reasonably good standard (considering the price of the drone). Don’t get me wrong, it still feels like it’s been made from cheap materials, but the design is alright and it does it job.

It feels a little bit large in the hand, but apart from that, it’s ergonomically sound. The stick controls are firm and precise. Controlling the flight mode, LED lighting, and operating the camera are all simple self-explanatory procedures. This is a particularly good thing because the instruction manual is basically useless for people who are not versed in the Chinese language (like me)

The most interesting thing about the controller is obviously the large LCD display in the middle. It instantly tells you how much thrust you are using, your remaining battery life, and your signal strength simultaneously. The battery life on the controller is respectable. The 4 AA batteries that power it lasted us for several flights before even becoming slightly weaker.

The U818A operates on a 2.4ghz frequency range, which always makes me nervous due to potential interference from Wi-Fi networks. However, during testing, I found no issues. The range of the U818A is a respectable 30 feet . This isn’t the biggest range we have ever seen in a beginner drone, but it’s good considering the price.

If I had to describe what flying this drone feels like in a single word, we would say “Fun”.

It’s an amazingly quick and agile drone thanks to its small size. But due to its comparatively large rotors, it’s also got a little bit of stability to it (that is lacking in other drones of this size).

The U818A has two different flight modes, one designed for new drone pilots and another designed for more experienced veterans. The standard mode restricts the agility and speed of the drone making it much easier to control (and much more difficult to crash).

However, after a while, you’re not going to be able to resist unleashing “stunt mode” to unlock the drone’s full potential. It’s an almost entirely different beast when you activate stunt mode, it’s fast, agile, and a whole lot of fun.

There are one or two preset tricks that can be performed with dedicated buttons on the controller. Press the horribly named “360 Eversion” button and the drone will do a sharp 360 turn combined with a backflip. Hold the stunt mode button down and snap the stick in a direction and you’ll get a lovely directional somersault.

Apart from those two commands, there are no other preset tricks or features. This includes the drone not having auto landing functionality. This is something we feel does let the U818A down a little bit. Auto landing makes a tense experience that could ruin your drone into a non-issue entirely.

Again, you need to set your expectations correctly for the camera on this drone. The drone and camera included in the U818A cost less than a mid range point and shoot digital camera. So quality isn’t something you should be expecting.

Video is shot at 30fps in 640 x 480. Remember what video looked like on the iPhone 4? That’s roughly the kind of picture quality you can expect. It’s not terrible considering the price, but don’t expect to get awe inspiring shots anytime soon.

The camera works its best when the drone is just hovering, and you can get some reasonably nice still images under the right conditions. However, when the drone is moving the camera struggles to keep up and video is slightly blurry. In low light conditions, the camera performs even worse and images become very grainy. Due to this, it’s not really a viable drone if you’re looking to get some sunset or night shots.

However, that being said, for the price, you are paying for this drone we are very impressed by what it can actually achieve in terms of still image quality. Still images are shot at twice the resolution of video (1280 x 960) and are noticeably higher quality. Again you’re going to get best results when you’re still, but it does ok on the move too.

It’s still a far cry away from the HD camera performance of premium drones, but many of those products literally cost more than 10 times the price of the U818A.

Compared to other drones in this price bracket, we think it does pretty well.

One small thing you must be aware of is that the camera comes in a separate box and must attached to the drone. This does require a bit of effort as the instruction manual I got was in Chinese.

However, if you do get stuck, there are YouTube videos that show you how to do this.

On average you’re going to get between 7 and 8 minutes of flying time out of the U818A. Again this isn’t the best battery life in the world, but to be honest it’s reasonably standard when you’re paying around $50 for a drone. It’s long enough for you to get in the air, position a few shots, and get back safely with time to spare.

Note: The more you use the camera the less battery life you’re going to have to play with, you have been warned!

My only issue with the U818A’s battery life is that it’s not exactly obvious when the drone is losing power. I would like UDI to have given a little more warning to say the least. If you’re not paying attention, you’ll suddenly notice your drone becoming sluggish and start descending slowly (before crashing to the ground moments later).

Charging time is around 1.5 hours, which isn’t the best in the world – even at this price bracket. There are other drones of a similar quality and price that charge quicker.

Combine that with no USB charging options and it’s a little disappointing in the battery department. Which is a shame, because everything else about this drone is more than acceptable.

Every review I do I always advise people to get extra batteries because the flight time for toy drones is very limited.

The UDI U818A is a decent drone for beginners and kids. It’s a little fragile so you should be careful when flying this small drone.

It’s less than $50, and you have to set your expectations realistically. Yes, the camera kinda sucks, and yes the plastic is a little cheap, and yes the battery takes too long to charge.

But you probably spend more on a nice meal at a restaurant than the cost of this drone. To be able to get change from a fifty and own a fully working perfectly usable drone is a good deal if you ask us.

Experienced drone pilots will do well to stay away from the UDI U818A, it’s certainly lacking features you’re going to be used to.But if you’re looking for your first drone (or a drone for a beginner flyer) then this is a brilliant product that is good value for money.