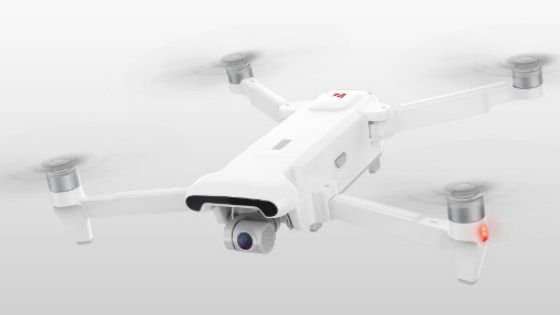 The Xiaomi FIMI X8 SE drone is one of the best 4K camera drone on the market and a good alternative to the likes of the DJI Mavic series and Parrot Anafi. It comes with some impressive features the best of which is its 4K camera that is able to record at 30FPS and its Sony manufactured image sensor that can take still images at an incredible 12MP. It also comes with several intelligent flight modes, has a top-end speed of 40mph and has safety measures in place to minimise any chance of damaging or losing the drone. It’s a good drone for photography and a good cheaper alternative to its more expensive rivals.

Welcome to my review of the Xiaomi Fimi X8 SE drone.

Are you looking for a good drone for photography, one that comes with a 4K camera and a host of cool features and doesn’t cost $1000? Well the Xiaomi Fimi X8 SE may be the drone you are searching for.

We all know that DJI dominates the consumer drone market, especially in the high-end drone photography market with their Mavic and Phantom range of drones. However, if you do not have the budget for a high-end DJI drone, there are very good alternatives and the Xiamo FIMI X8 SE drone is one of them.

Xiaomi is a massive corporation that manufactures and invests in smart electronics including drones. The Xiaomi FIMI X8 SE is one of their most ambitious drones and a direct competitor to the DJI Mavic Pro.

The first thing you will notice is that the FIMI X8 SE is a well-designed drone, it’s a foldable drone just like its DJI rivals, this makes it compact and easy to travel with. On a side note, if you are a frequent traveller, I honestly believe foldable drones are the best type of drones to travel with. 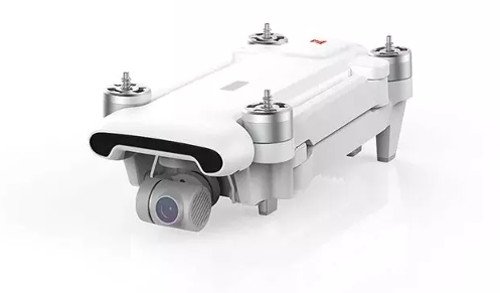 The drone measures just 73*106*204mm when folded up and weighs less than 800g. The 4K camera is placed near the front end and is stabilised by a three-axis mechanical gimbal. The high capacity lipo battery fits in nicely on the top and it has a memory card slot on its side.

This is very well designed drone, it has a premium feel, the rotor arms are easy to take out and they each have cool LED lights that will be useful if you want to fly during the night. It comes with brushless motors, which are more efficient and gives the drone more thrust during take-off and also makes it go faster, its top speed is over 64 km/h which is very fast for a none racing drone. 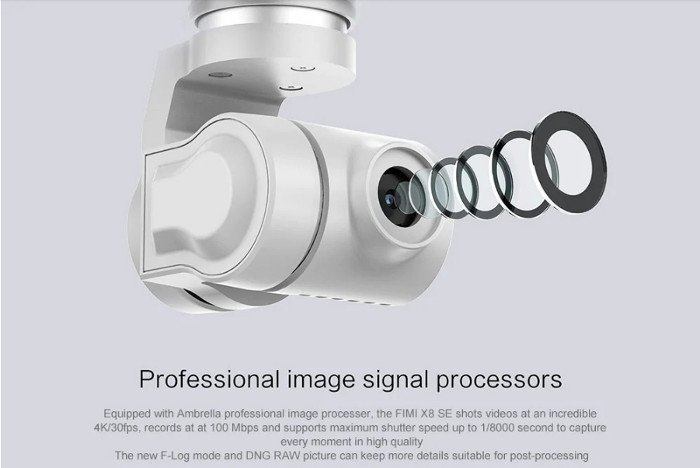 Without doubt, the main feature of this drone is the awesome 4K camera, its an amazing piece of equipment that will allow you to view the world from above in pure HD.

This is why I personally love drones, you get to explore the world in a way that you would never have been able to before and with the FIMI X8 SE you get to see it in crystal clear HD.

The 4K camera is stabilised by a 3 axis mechanical gimbal which will eliminate any kind of distortion giving you ultra-smooth images and videos even in windy conditions. With the 4K camera, you can record in 30FPS and live stream video straight to your smartphone where you will be able to edit and Share your videos on social media.

The camera comes with a Sony ½.3 inch sensor which comes with HDR that will capture greater image details and give you better colour performance. The camera is capable of taking stunning aerial images in 12MP, the camera specs alone are worth the price of the drone.

The mechanical gimbal can also be turned 90° giving you a more range to capture images from different angles.

This is one of the best cheap 4K camera drone on the market, if you want a drone that can take professional level video and images but do not want to pay over a grand for the likes of a DJI drone, then the Xiaomi Fimi X8 SE is definitely worth considering.

However, if you would like more options for affordable  4K drones, check out my article on the list of the best drones under $500.

I have to say the remote controller is one of the best I have ever seen, it’s nicely designed and feels comfortable in your hands.

All the controls are easy to reach, and it has a huge transmission range of around 5km, this is a greater range than both the Mavic Pro and the Parrot Anafi.

There are controls for take-off, landing, taking videos and pictures and a dial that will let you control the mechanical gimbal.

The controller comes with a cool smartphone attachment, it stretches out from either end and you can fit your smartphone or a small tablet in between. You don’t need a smartphone to control the drone but would be missing out on the main features of the drone such as FPV and intelligent flight modes.

It comes with the advanced video transmission technology that reduces latency and is able to stream live video feed in HD straight to your smartphone.

Like all high-end drones, the Xiaomi FIMI X8 SE comes with several flight modes that will make it even easier to fly this drone. These flying modes are great for beginners as they require little effort to control the drone, they also provide a fantastic way to take videos and images.

Cine Shot – Take amazing cinematic shots at the click of a button, in this flight mode you can take pictures 4 different ways, they are;

Dronie – The drone method of taking selfies, the drone will lock onto its target and fly up and back and automatically take a selfie.

Circle – The drone will orbit the target.

Spiral – Same as above but will manoeuvre in a spiral pattern around the target.

Rocket – In this mode, the drone will fly with its camera pointing down and take pictures of its subject matter.

Flight Planning – In this intelligent flight mode, you will be able to draw a flight path on the drone app and the drone will automatically fly along that path and return home. This is the type of technology that will be powering drone delivery services very soon.

The Xiaomi FIMI X8 SE comes with many safety features that will enhance your flying experience. It comes with dual GPS that will allow the drone to connect with more satellites for faster positioning and better hovering. With GPS you can also track your drone and make sure you never lose it.

It has multiple safety measures in place so that any chance of damaging or losing your drone is minimised. For instance, it comes with an automatic return home feature, this will be activated if you lose connection with your controller or when your battery charge is low.

There are two IMU systems, so if one internal measuring unit fails, the other one is activated and the risk of your drone suddenly falling out of the sky is also minimised.

The drone has a pretty high wind resistance but if it gets too windy, you will be notified within the app and automatically return the drone home.

The drone comes with an intelligent lipo battery that gives the drone a flight time of around 30 minutes. This is the same as the DJI Mavic and Air and is on the longer end of drone flight times, still, its best to purchase some extra batteries as 30 minutes will not be enough to enjoy flying this drone.

The FIMI Navi app is compatible with both Android and iOS devices, its got an easy to use intuitive interface and it is the app that gives you access to most of the awesome features that drones come with.

The one major feature that the Xiaomi X8 SE does not have is an obstacle avoidance system, this won’t be an issue if you don’t intend to fly the drone to far away but if you decide to test the drones transmission range you will have to be extra careful of the drones surrounding.

If you are looking for a 4K drone at an affordable price, the Xiamo FIMI X8 SE will not disappoint you. However, DJI have just relseased the Mavic Mini, which is a very good alternative to the Xiaomi FIMI X8 SE, its not a 4K drone but does come with a 2.7K camera stabilised by an advanced 3-axis gimbal and many of DJI’s other signature features, plus it is cheaper than the FIMI X8 SE. Find out more about DJI’s latest releases by clicking here.

The Xiaomi FIMI X8 SE is a fantastic camera drone that will allow you to take awesome videos and images with its 4K camera. It’s a good alternative to its more expensive rivals and you get pretty much the same features. With its advanced flight technology and easy to use controller and app, the drone is suitable for both beginners and experienced pilots.