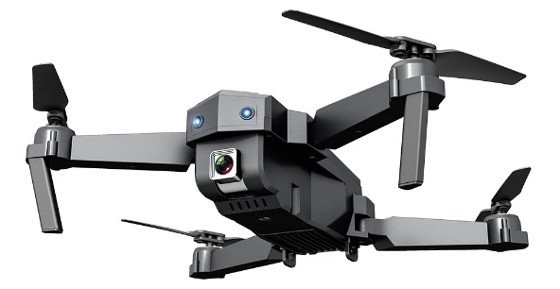 The ZLRC SG107 is a cheap foldable drone that is suitable for everyone especially for beginners looking for an inexpensive drone to learn how to fly. It comes with some nice features such as a decent HD camera, an optical flow sensor, multiple speed modes and FPV capability. The drone has a decent flight time and a control range of around 80 meters.

Hi and welcome to my review of the ZLRC SG107 mini foldable drone.

If you are in search of a cheap beginner-friendly drone that has some fun features, the ZLRC SG107 might be what you are looking for.

This drone costs less than $40, so it is a toy drone that is suitable for everyone and can be used for first-time drone flyers to learn how to operate a drone

Now, on the product description page for this drone, you will see it advertised as a 4K drone, I don’t have to tell you not to believe these ridiculous claims. This is not a drone for photography, it’s a drone that you can have some fun with and would make a great little gift for people who love gadgets.

So, the first thing you will notice is that this is a small foldable drone, which is a good thing, especially if you are thinking of buying a simple drone to travel with. Its very compact in its folded form and it comes with a nice drone carry case, which is always an added bonus as it saves you money from having to purchase one separately. 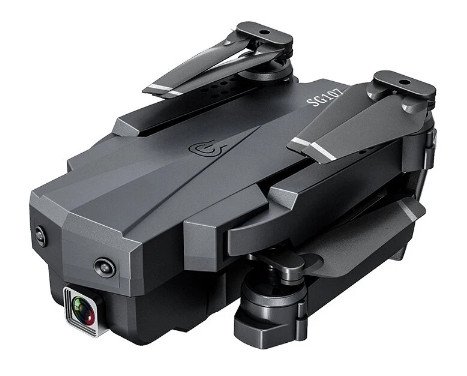 Another plus point about this toy drone is that it is very lightweight, it weighs around 113g, this means that if you live in the UK, Canada or the USA, you will not need to register this drone. Its weight is also kind of a disadvantage as it means you will not be able to fly this drone outside if it is a little windy. It is suitable for indoor flight, so there is another advantage for its weight.

You should be aware that there are three versions of this drone, two of them come with an optical flow sensor, which are the versions I most recommend as they will be easier to operate. Optical flow sensors allow drones to hover even if you let go of the controls, this allows the drone operator to take better images and videos.

The optical flow sensor also can be used as a second camera, so you can switch between the main camera and this one, which will give you more angles to capture videos and image with.

As this is a cheap drone, it comes with brushed motors, which are not very powerful or efficient so to keep them in optimal condition, try and clean them on a regular basis.

Its official flight time is 15 minutes, although its more n the range of 10-12 minutes, which is still decent for a drone that costs less than $100. The drone is powered by a 3.7v 1200 mAh battery which takes around 3 hours to fully recharge. This is one of the reasons I always advise people to purchase an extra battery, this will allow you to fly for longer without having to wait for the battery to recharge.

The ZLRC SG107’s remote controller is one of the coolest I have seen for a cheap toy drone. It has a pair of handles that fold out from the bottom that will provide a better grip and all of its control are clearly identified so you know what they do. It’s powered by 2 AAA batteries, however, these are not provided with the drone package, so you will need to purchase some yourself.

It has an overall range of around 80 meters, which is good for a cheap drone and you can attach a large smartphone for FPV.

To make use of the FPV feature, you will need to download the official app which is called ZL.toys and is available for both iOS and Android smartphones. The app gives you access to some of the more fun features of drone, like FPV, gesture control and even allows you to fly the drone with a VR headset. The app is compatible with iOs 8.0 or later and Andriod 5.0 or later.

The main feature of this drone is its camera like I said earlier in this review, it is not a true 4K camera. It can capture images in 4K but it is interpolated from 1080p to 4K via the app and you can tell as the image is not of the quality a true 4K image would look like. 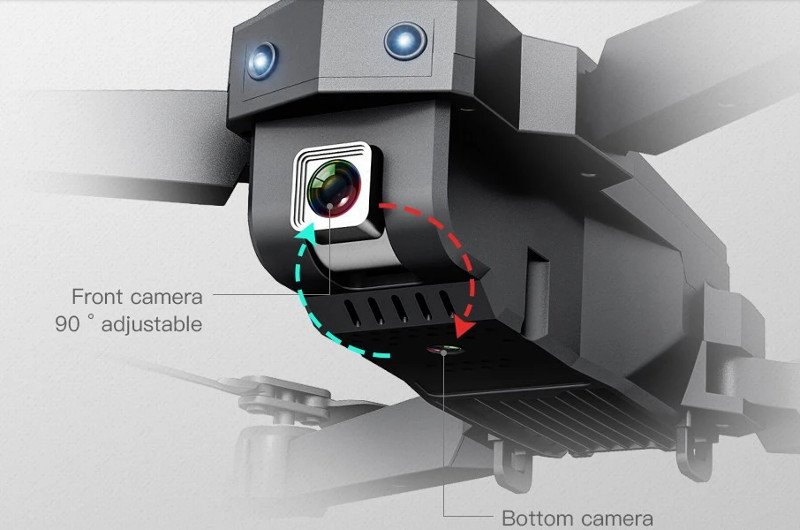 The camera angle can be adjusted manually, which is kind of disappointing, it would have been better if you could remotely adjust it so but I suppose you can’t ask for too much from a drone that costs less than $40.

The camera records video footage in 2K resolution, it’s of decent quality, epically for its price and the footage is recorded on your smartphone via WiFi transmission, so make sure you have enough memory space for this purpose. You can also stream live video footage to your smartphone, it’s in standard 480p and as long as you keep it well within the 80-meter control range, the FPV will not break up.

Other features include a gesture control mode with which you can take quick videos and photos through your hand gesture. Kids and even adults will enjoy using this feature, although the feature does not always work on the first try.

There is also a smart flight mode called follow me mode that can be accessed via the app, when this mode is activated, the drone is supposed to follow from close behind. However, just like the gesture control mode, this mode does not always work.

This is an easy drone to operate, its flight performance is pretty smooth, and it hovers okay, there is a little drift and this is why you should never fly these toy drones in any type of windy conditions. The drone also has several speed modes which will allow beginners to test their flying skills as they become more experienced drone flyers. The FPV sometimes breaks up but if you fly well within the FPV range, it should be alright. Overall a good flyer, especially for a very cheap drone.

If you can look past the ridiculous claims about its camera, the ZLRC SG107 is actually is a good drone for beginners. It’s a great starter drone that you can use to learn how to fly and comes with some nice features that will make it enjoyable to operate. For under $100, I think the drone is worth the price. Click here if you want more options for cheap beginner-friendly drones otherwise click on the button below to check out further details about the SG107 drone.