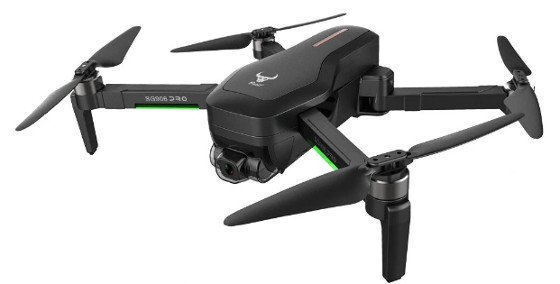 The ZLRC SG906 Pro 2 is a low-cost dual GPS drone that comes with a lot of good features and is one of the best in its price range. The drone comes with an HD camera that can record video footage in 2K and capture 4K images and is stabilised by a 3-axis gimbal system. The drone also comes with several intelligent flight modes and has a flight time of around 24 minutes. One thing you must note is that the drones weighs around 560g, which means you will need to register it if you live in the UK, Canada or the USA.

Hi and welcome to this review of the SG906 Pro 2 drone also known as the Beast 2 drone.

This is an upgrade to the popular SG906 Pro, and it comes with some advanced features and this includes a very good HD camera.

Drones are very popular now and there are a lot of them, it can be hard to choose which one is suitable for your needs. If you are looking for a drone to just have some fun with and not too fussed about the camera quality or flight time, then most drones that cost less than $200, like the SG906 Pro 2 will be a good choice.

Keep on reading this review to find out what this drone has to offer and if it is something that you are looking for.

There are a lot of good things about this drone and one of its best features is its overall design. This is definitely one of the best-looking drones on the market, it kind of reminds me of the more advanced Zino Pro. 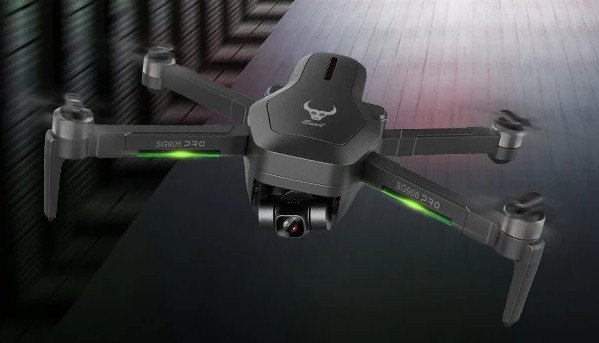 The drone has a compact foldable design, this makes it great to carry around and a good drone to travel with. It’s not a very big drone and it comes with its own carry case, which is always a plus as it saves you money from having to purchase a separate drone case of your own.

The drone has an all-black colour scheme and comes LED lights on each of its rotor arms. These lights are not bright enough to fly during the night but they do serve a couple of purposes, they flash in certain ways when the drone compass has been fully calibrated (something you need to do before every flight) and they help troubleshoot any problems you may have with the drone.

They also last longer, are more efficient and allow the drone to fly faster, this drone comes with several speed modes which will allow you to test your flying skills as you become more confident.

The drone comes with dual GPS systems which provide it with additional benefits such as tracking the drone on the app and allowing for the drone’s autonomous flight modes and its automatic return to home feature. 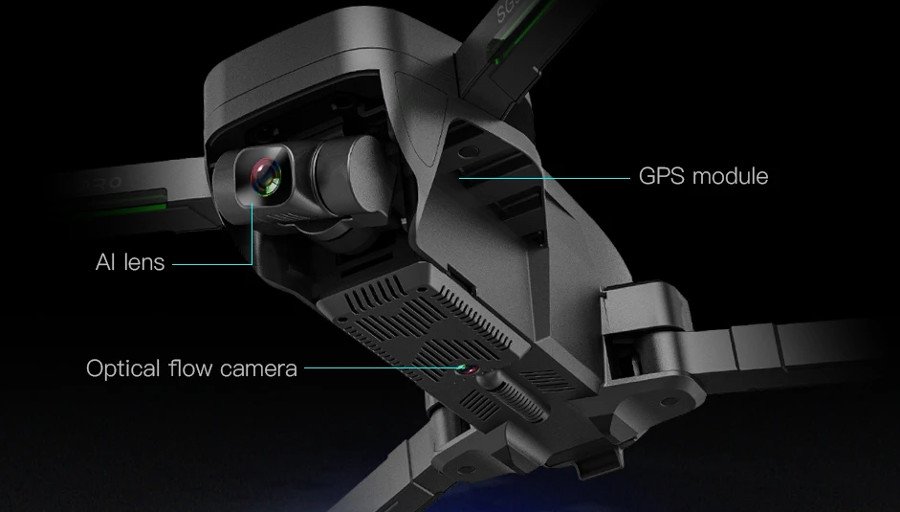 There is also an optical flow sensor on the bottom that will allow you to fly the drone in areas where the GPS signal is not so strong.

It has a flight time of around 26 minutes, this is very good for a drone that costs less than $200. The reason for its above-average flight time is because it is powered by a 7.6v 3400 mAh lithium polymer battery.

One thing I always advise people about drones is to purchase extra batteries if you want to extend the flight time, this is because drone batteries take a few hours to fully recharge and so buying an extra battery will mean you can continue to fly without having to wait for the batteries to charge up.

As for the drone remote controller, it has a simplistic design, it has curved edges, so is comfortable to hold and the buttons are clearly labelled so you know what they do.

There is a smartphone holder that pulls out from the top and it has a nice LED screen near the bottom that displays data about the drone. The controller is powered by 4 AA batteries that are not included with the drone package, so if you do decide to purchase this drone, remember to buy some batteries for the controller.

It has a transmission range of around 800 meters and uses 5G WiFi technology to stream live video footage. So you will need a 5G compatible smartphone to fly this drone. To use the drone FPV feature, you will need to download the HFun Pro app, this app is compatible with smartphones running on either Android 5 or later and iOs 8 or later.

It’s a decent drone app that is fairly easy to use and gives you access to a lot more feature like smart flight modes, ability to fly using a VR headset and multiple speed modes. However, it does have its issues, for example, the screen may freeze up during flight or some of the features may not work as they should.

The SG906 Pro 2 has a good camera, especially for a drone that costs less than $200, it is not a professional drone. So, don’t be fooled by the title on its product description page, this isn’t a true 4K camera, yes you can take 4K still images but when most people see 4K in the title of a drone, they assume it can record video footage in 4K.

One of the advanced features of this drone is that the camera is stabilised by a 3-axis gimbal, this makes it one of the few drones that come with such a feature at this price range.

It can record video footage in 2k at 25fps and the quality is pretty decent, although even with a gimbal system, you will notice a little distortion like jello effect, however, it’s better than a lot of other drones in its price range.

Something else I want to mention is that there is a micro SD card slot on the drone, if you want to record videos in the best resolution, you will need to record it locally on a fast micro SD card instead of over WiFi on your smartphone.

Image quality is also pretty good and is captured in 4K which equates to around 8MP.

Overall, this is a pretty good camera but there are better ones at a similar price range, one of these is the MJX B20 EIS which I have reviewed here.

Like most modern drones, the ZLRC SG906 Pro 2 comes with several other features that will make it more enjoyable to fly. One of these features is autonomous or intelligent flight modes, when these modes are activated, you can fly the drone totally hands-free.

These flight modes include the drone following you from behind, orbiting a point of interest or flying along a pre-set flight path.

Flying with these smart flight modes allows you to concentrate on taking better videos and photos. Other features include taking videos and photos through gesture control an automatic return to home feature that activates whenever the drone is low on charge or goes out of range, you can also activate this feature manually by pressing the RTH button on the remote controller

The drone also has 3-speed modes and you can use a VR headset that will give you a more immersive flying experience.

The drone is easy to operate and fly’s well, it has good hovering capability thanks to its GPS and optical flow sensor and the flight time is around 24 minutes, which is less than what is officially stated but still very good for its price. Most of the features work as they should, although you may sometimes have problems with the smart flight modes if the app isn’t operating properly or if you are in an area with a weak GPS signal.

There are a lot of good drones that cost under $200 and the SG906 Pro 2 is one of them, although I do believe there are better drones at its price range, it’s still a good drone to buy. If you want a better alternative, check out the MJX B20 EIS or click on the button below for more options.