In this article, I will compare the DJI Air 2S & the DJI Mini 2, two very popular consumer drones that come with many of DJI’s innovative features and are very easy to operate. DJI Air 2S vs Mini 2 isn’t really a fair comparison because one drone is priced in the lower tier of the drone market, while the other is priced in the mid-higher tier. The Air 2S handily beats the Mini 2 in all areas except for its size and weight and even then, the Air 2S is exceptionally light and compact, even for a Mavic drone.

Check out the table below for a quick comparison of the main features of both drones, if you are looking for a good drone for photography and have the budget, the Air 2S is a no brainer. However, if you are on a tight budget, the Mini 2 is the better choice. 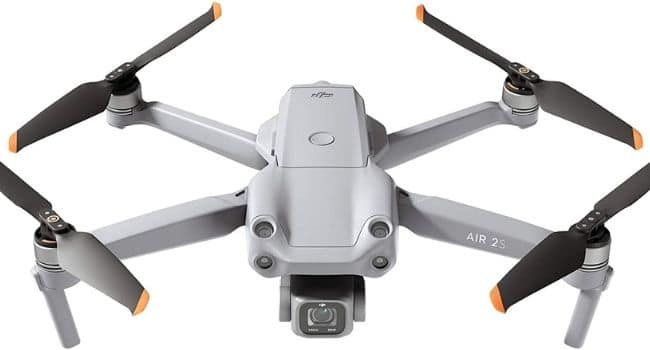 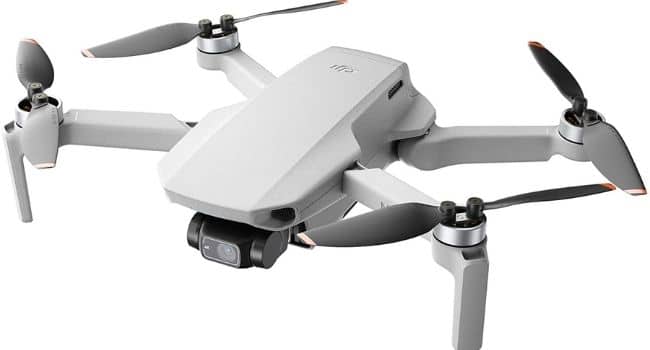 The first thing I always compare between two consumer drones is their cameras, this is because the camera is one of the best features of a drone and the main reason for their rise in popularity.

The DJI Air 2S comes with an impressive range of features for its camera, it is the only drone that I am aware of that comes with a 20MP 1-inch image sensor and still costs less than $1000.

The sensor size on a camera is very important as it will determine the overall quality of the images and videos produced by the camera. Larger sensors will absorb more data and produce better quality images and videos.

Compared to the Mini 2’s 12MP 1/2.3-inch sensor, the Air 2S is on another level when it comes to image and video quality. That is not to say the Mini 2 cannot produce good quality photos and images, it can, and the quality is very good for its price.

However, with a 20MP sensor and larger pixel, the images captured by the Air 2S result in more data being captured and more flexibility in post-processing for colour correction.

The end result is sharp and vibrant images that really pop and are suitable for professional use.

The Air 2S also has more photography modes including an AI powered SmartPhoto mode that will allow anyone to capture HDR images that are fully optimised without the need for any kind of post-processing.

This mode combines HDR, scene recognition and hyperlight to capture optimised images at the click of a button.

The camera on the Air 2S allows you to record HDR videos with its 10-bit D-log colour profile as well as its D-Cinelike 8-bit colour profile. In contrast, there is no such option with the Mini 2, however, the camera does record in 4k at 30fps and 2.7k at 60fps, and the video quality is very good.

Both drones come with zoom capability, the Air 2S comes with 8× zoom while the Mini 2 has 4× zoom. These are digital zoom functions, so the more you zoom in, the grainer the video becomes.

To store these HD images and videos, the Air 2S comes with an internal 8GB of memory and has a micro SD card slot that can take a maximum capacity of 256GB.

The Mini 2 does not have an internal memory facility but there is a micro SD card slot that can take a memory card with a maximum capacity of 256GB.

The cameras on both drones are stabilised by a 3-axis gimbal, which will reduce image distortion and shakiness.

The Air 2S is a lightweight foldable drone that weighs less than 600g, this is quite an engineering feat from DJI considering the number of advanced features that come with this drone.

The Mini 2 weighs less than 250g, its weight will not require you to register the drone with the FAA if you plan on just using it for fun.

These drones are great to travel with, they will not take up too much space because of their foldable design and they are easy to carry around.

The Air 2S has multiple sensors around its body for its vision and obstacle avoidance system, the Mini 2 has sensors on its belly for its but these are just for its vision system for flight stabilisation.

Both drones use the DJI RC N1 controller, although they use different transmission technology. The Mini 2 uses OcuSync 2.0 and the Air 2S uses the newer OcuSync 3.0, this just means that the Air 2S has a slightly longer transmission range.

The Air 2S is also compatible with the DJI smart controller, one of the main features of this controller is its large 5.5-inch screen that eliminates the need to attach your smartphone for FPV and access the drone’s advanced features.

Both drones use DJI’s Fly app for FPV and to access their more advanced features such as intelligent fight modes and camera settings.

Like most DJI consumer drones, the Air 2S and Mini 2 come with 3 flight modes, they are normal, sports and Cine.

The normal and cine modes are similar to each other except that in cine mode, the drone’s maximum speed is limited to just a few m/s. All of the drone’s features are available in both these modes while in the sports mode the controls are more sensitive, and the drones can reach their maximum speed of 42 mph (Air 2S) and 35 mph (Mini 2).

There is also an altitude mode that is activated whenever the vision system and GPS are unavailable or disabled. In this mode, there is no flight stabilisation feature, and it is tough to control the drone.

If you want to improve your flight skills, you can use this mode but only do it in a wide open area with no people around.

Both drones have a similar flight time of around 31 minutes, which is a decent time, but if you should definitely think about purchasing an extra battery to extend the flight time.

One of the most impressive is its 4-way obstacle avoidance system, it has sensors on its front, back, top and bottom and the drone uses these to sense and avoid obstacles when it is operated in its normal and cine flight modes.

The Air 2S also comes with several autonomous flight modes that include Active Track, Spotlight and Point Of Interest (POI).

These are all are autonomous tracking flight modes that will allow you to track and follow a subject matter from different positions.

Another intelligent feature on the Air 2S is the Mastershots, this allows you to create short videos complete autonomously and they are suitable to share on social media.

Both the Air 2S and Mini 2 come with the innovative Quickshot feature, this is similar to the Mastershots feature, except there are different shooting modes in which the drone fly’s a certain way and records a short video.

The other intelligent feature both of these drones come with is the automatic return to home function. This feature is now on most mid-tier drones, it reduces the risk of losing the drone and is automatically activated whenever the drone battery gets low on chrage.

Which One Is Right For You?

This all depends on what you want to do with the drone, if it is to create professional videos and aerial photos, the Air 2S is the drone for you. It is one of DJI’s best drones for photography but does not come with a huge price tag such as the Phantom 4 Pro, Mavic 2 Pro and the new Mavic 3.

However, if you are too fussed about the camera specs and just looking for a good drone that can capture HD images and 4k video footage, the Mini 2 is more than capable of this.

Personally, if you have the budget, I recommend the DJI Air 2S, it is an amazing drone with many of DJI’s innovative features.

The Air 2S is definitely the superior drone, however, the Mini 2 is a good alternative for those who are on a tight budget. However, if you would like to see more options, check out my list of the best drones for aerial photography.