The Best Drones For Search And Rescue Operations 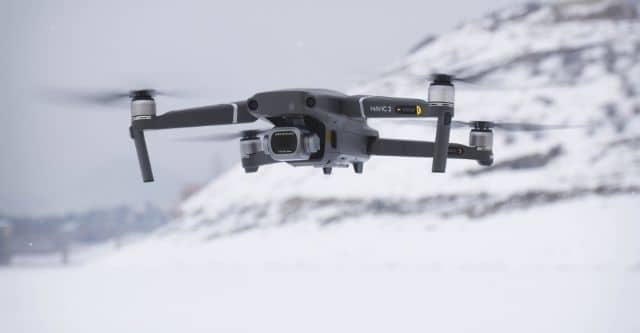 DJI released a report a couple of years back that studied the effectiveness of drones on search and rescue operations and compared it against traditional ground based methods.

The report was based on an experiment that was overseen by DJI, EENA and Black Channel. In this experiment, 50 missions were carried out by SAR teams based in Ireland and Wales (UK).

Each team were split into two groups, one group had the use of drones for their missions whilst the other used traditional equipment. The study found that the group with access to drone technology found their target at least 3 minutes faster than the one without drones.

In any search and rescue operations, every minute counts and with the aid of drone technology, SAR missions can be completed much quicker, which will result in more lives being saved.

DJI also carried out a study on how many people have been rescued with the help of drones, the first recorded incident of drones being used for SAR missions was in 2013.

When they first released this report back in 2017, they had verified 59 cases where drones were used in search and rescue operations.

Since then, they have been able to verify that over 700 people have been saved with the assistance of drone technology, although, they do say, this number is probably bigger as a lot of SAR missions are not extensively reported on and they only verify through social media posts of emergency services and local news reports.

DJI have an interactive map of all the drone assisted rescue operations which are updated whenever an incident is reported and verified. It’s an interesting map and you should definitely check it out, they also encourage the public to report any news reports of SAR missions that involved drones.

What are the benefits of using drones for search and rescue operations?

There are many benefits of using drones for SAR missions, one of the biggest benefits is that they are portable and easy to deploy. As they come with advanced flight technology, they are also very easy to operate.

All commercial drones come with autonomous flight modes, so operators do not even have to worry about piloting the drone and can concentrate more on identifying clues and finding people much faster.

Drones also help with planning and executing a SAR mission.

Drones can be used to survey the area and help identify the best routes to take as well as which areas to avoid. This can be achieved with the help of good mapping software like Pix4D or DroneDeploy.

Using drones for search and rescue operations will also help cut down on costs for government organisations and private companies that rely on expensive manned aircraft like helicopters and small aeroplanes.

Not only are drones less expensive but they can also provide much better data as they are equipped with professional cameras that can capture high resolution images and stream live HD video feed to the team on the ground.

Many drones also come with thermal imaging cameras that come with added benefits as operators will be able to identify lost or injured people through their heat signatures which will be very useful if the SAR operation is being carried out in dark and difficult environments.

Other benefits of using drones for search and rescue includes dropping vital supplies like food, medicine and clothing if it is determined that the rescue operation will take more than a day.

There are drones that can be attached with additional accessories like a speaker that will allow operators to communicate with survivors and search lights for night time operations.

What Type Of Drones Are Used For Search & Rescue Missions?

The best type of drones for search and rescue missions are multi-copters, they are versatile, have great manoeuvrability and are very flexible.

The good thing is, there are a lot of drones that are suitable for SAR missions, if the drone has a good flight time, a high-quality camera that can capture high-resolution images/videos and a good transmission range, it will be suitable for search and rescue.

However, there are drones that come with both a high-resolution camera as well as a thermal imaging camera. These are the best type of drones that are suitable for SAR missions as they provide the best solution for search and rescue missions in any type of environment.

The type of drone an organisation purchases for SAR operations will depend upon different factors. This includes things like the flight time, range, weather, where most of the rescue operations take place and budget.

After researching extensively, I believe the following 6 drones provide the best solution for search and rescue operations.

By the way, the list is in no particular order, some drones do come with more features and longer flight times but at the end of the day, organisations will have to choose the best drone for their particular needs.

This is the most robust drone on this list, its design and structure allows it to be flown in the harshest weather conditions and comes with dual control feature. The drone can be operated by two pilots which will allow SAR teams to expand their search range and it has a maximum flight time of 55 minutes which is one of the for any multi-copter drone.

One of the advantages of this drone is that it can be attached with multiple payloads, it is compatible with most of DJI’s cameras including the 45MP full-frame Zenmuse P1 and the Zenmuse XT2 with its dual RGB and thermal imaging camera. Other features include an ant-collision beacon, built-in multiple redundancy systems, 15km control range and an Omnidirectional obstacle avoidance system.

A multi-purpose drone that is suitable for search and rescue missions thanks to its rugged design that allows it to be operated in cold and wet conditions and able to carry different payloads.

The Matrice 210 V2 can carry two payloads at a time same and is equipped with an anti-collision beacon, obstacle avoidance system and a built-in ADS-B receiver. The drone is compatible with most of DJI’s RGB and thermal imaging cameras and has a maximum flight time of 33 minutes.

The Mavic 2 Enterprise is a dual camera drone that is equipped with a 48MP RGB camera and a 640*512 thermal imaging camera. The thermal camera has a 30Hz frame rate and can zoom up to 16×, while the RGB camera has 32× HD zoom and 4× lossless zoom. It has a transmission range of 10km and 30 minutes of flight time. Safety features include an omnidirectional obstacle sensing system and ADS-B receiver. The Mavic 2 Enterprise can be fitted with a host of accessories that will add extra functionality to the drone.

Similar to the Mavic 2 Enterprise, the Autel Evo 2 Dual 640T comes equipped with a 48MP RGB camera and 640×512 thermal imaging camera. The drone has a flight time of 38 minutes and a control range of 9km. This is a robust drone that has a high level of wind resistance and comes with a 360° obstacle avoidance system. One of the advantages of this drone is that the remote controller comes with a large LCD display, so you will not need a smartphone to view live video footage and other drone data.

This is a hexacopter drone that has a powerful structure that allows it to be operated in winds of up 45 mph. The drone has a maximum flight time of 30 minutes and a transmission range of 7km. The controller comes with a large 7-inch screen for FPV and comes with two ultrasonic sensors for obstacle avoidance. It’s compatible with a range of cameras including the 20MP E90/X camera with its 1-inch sensor and 8× digital zoom and the CGOET/X thermal imaging camera.

This is probably the cheapest drone on this list, the Parrot Anafi Thermal is equipped with dual cameras. The Anafi Thermal is a lightweight drone that has a flight time of 24 minutes and a range of 4km. The RGB camera can capture images in 21MP and record 4k videos while the thermal camera has a thermal sensitivity rating of <50Mk and can capture still images in 1440×1080px.

Some of the best drones for photography will also be suitable for SAR operations, these include but are not limited to the following drones:

They all come with professional cameras that can capture high-resolution images and videos and have advanced features like obstacle avoidance, autonomous flight modes and image tracking capability.

One last drone I would like to mention is called the Revector Detector drone and it is from a company that is in a completely different industry.

Revector are a security and intelligence gathering company that specialises in fraud prevention telecommunication networks. They have developed a drone that can be used for detecting fraud and security risks in remote areas, but the drone can also be used for search and rescue purposes.

The drone can mimic a base station that will allow people to connect their mobile phones to it and capture their exact location, making it easier for SAR teams to rescue them.

Do you know of any other drones that would be suitable for search and rescue operations? Please let me know in the comments section.