Welcome to my list of the best drones under $500.

Drones are all the rage at the moment, they have grown exponentially over the past few years and there are drones for everyone. From kids to professional photographers, everyone wants a drone to play around with, whereas a few years ago a drone with an HD camera and advanced features would have cost you around a grand, that is no longer the case now. The following drones all come with really good cameras and advanced features that will allow you to use them for professional photography.

This list is updated regularly and the following drones are some of the best you can buy for under $500.

This is the best drone under $500, the DJI Mini 2 is an upgraded to the Mavic Mini and comes with an amazing HD camera that can record video footage in true 4k resolution. The camera can also capture images in both JPEG and RAW which will be great for professional photographers and you can capture some amazing panorama 180° images. The drone allows you to record cinematic-quality videos hands-free via its Quickshots feature and comes with an app that will allow you to edit your videos and photos and then share them with family and friends. It has a very good flight time of 31 minutes and can stream live video footage in HD 720p quality.

This is my no.1 pick for the best drones under $500 and you can see why it’s a premium looking drone that is well-designed and comes with a stunning 4k camera.The Hubsan Zino Pro is one of Hubsans flagship drones, you may or may not know but Hubsan are known for their quality low-cost drones.It’s only recently they have ventured into the higher-end drone market with the release of a few 4k drones and the Hubsan Zino Pro is one of their best. Its quite a heavy drone, weighing just over 700g but it does come with a nice looking carry case that makes it easier to travel around with.The 4k camera is the main feature of this drone, its stabilised by a 3-axis gimbal which will make sure that your images and videos are crystal clear with no distortion. It will also let you take stunning panoramic images and videos which is great for nature photography.The camera comes installed with a system on chip processor from Ambarella that allows it to record video footage in clear 4k resolution at 30fps. As well as a stunning camera, the drone also comes with several intelligent flight modes and has a flight time of around 23 minutes. 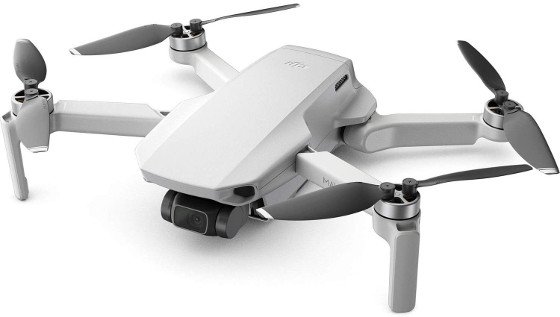 DJI is my favourite drone brand, their drones are very popular but expensive, before the DII Mavic Mini was released, most DJI drones cost around $1000 or more.However, the DJI Mavic Mini is their attempt to make DJI drones more accessible to people who do not have the budget for a $1000 drone.So far, it has worked as the DJI Mavic Mini has proven to be a very popular drone especially since it costs less than half of what DJI drones usually sell for. The DJI Mavic Mini, as the name suggests is a very small drone, especially when compared to the other on this list, it also the lightest high-end drone on the market as it weighs just 249g.The weight is especially important if you live in the UK, Canada or the USA as it means you will not be required to register the drone if all you want to do is fly it for recreational purposes.It is a nicely built foldable drone that fits in the palm of your hands when it is folded up. The drone comes with an excellent 2.7k camera that is stabilised by a 3-axis motorised gimbal allowing you to take distortion-free images and videos. You can take cinematic slow-motion video with the camera that will wow family and friends.The drone comes with 30 minutes of flight time which is one of the best flight times for any consumer drone. DJI also developed a new app for this drone which comes with many cool features like editing your images and videos and sharing them across your social media channels.For less than $500, this is one of the best drones on the market. 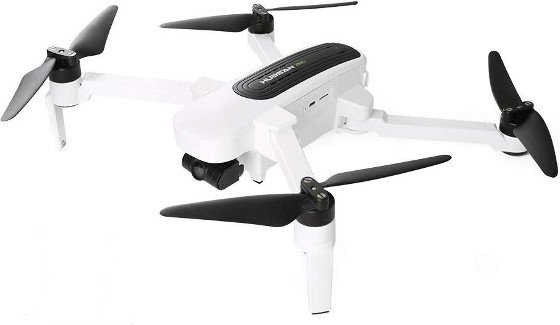 The Hubsan Zino is the predecessor to the Zino Pro, the drones are very similar with a few changes to its overall structure.It’s a wonderfully looking drone that has a nice foldable design, it weighs just over 700g, so is a bit on the heavy side. Still, its foldable design means that you can easily store it away if you want to travel around with the drone.It comes with a 4k camera stabilised by a 3-axis gimbal, it can record video footage at 30fps and comes with a dedicated image processor from Ambarella (slightly inferior to the one on the Zino Pro).Its maximum transmission range is around 1km and it comes with a flight time of around 23 minutes. 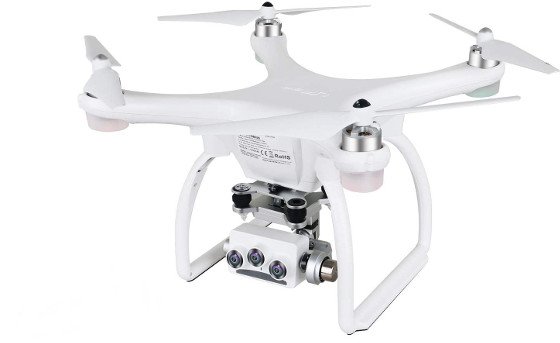 This is the successor to the Upair One drone, it looks very similar to the DJI Phantom 4 Pro, which is probably by design. The Phantom 4 is a very popular drone but a very expensive one as well, the Upair 2 costs less than half and comes with some very good features.The one thing that stands out with the Upair 2 drone is its 3 lens camera that is stabilised by an advanced 3-axis gimbal. It’s a unique camera drone that I have not seen anywhere else, it can record video footage in 4k at 30fps and 2.7k at 60fps and the quality is fantastic. The three-camera lens allows you to wear compatible VR headsets and view what the drone sees in 3D, which is unique to this drone.It’s a heavy drone, so not very suitable to travel with, which is my only gripe, however, it does come with some very useful features like, follow me mode and automatic return home.The drone has a flight time of around 24 minutes and a transmission range of 1200 meters. It’s not my favourite drone on this list mainly because of its size and weight ( I prefer light foldable drones) but for less than $500, its good value for money. 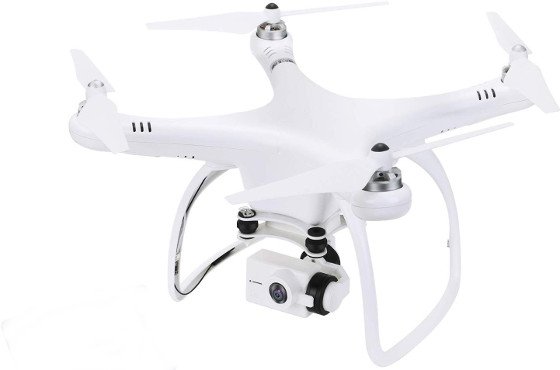 The original Upair drone, this drone looks exactly like the Upair 2 with a few differences, the major one being the camera. There are two versions of this drone, one with a 2.7k camera and the other with a 4k camera, both are stabilised by a 2-axis gimbal.The other major difference is that the Upair One drone comes with a remote controller that has a 7-inch LCD screen attached on the top. I have always wondered why more drone companies this feature does not have, its way more convenient than using your smartphone to view the live video feed and take photos.The drone comes with some cool features like one-button take-off and landing, automatic return home and has a flight time of around 20 minutes. It’s a decent 4k drone and definitely worth its selling price. 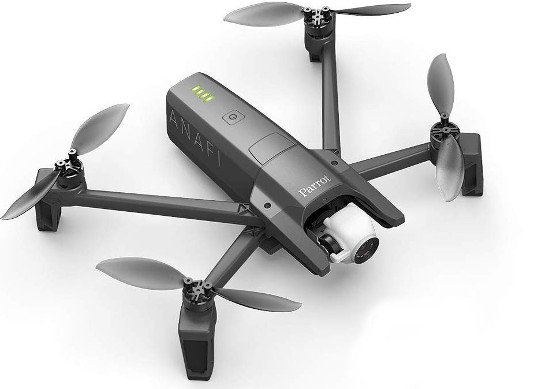 This is one of the coolest looking foldable drones I have come across, this is Parrots flagship drone and it comes with some amazing features.The first thing I have to note is it’s unique foldable design, it makes the drone a little longer in length but its width is reduced. It comes with nice carry case, however, it only fits the drone and not its remote controller or accessories.It’s a light drone weighing just over 300g and comes with an amazing camera that can record 4k video footage at 30fps or 1080p video footage at 60fps. The footage and images this drone can record is amazing and would suit a professional aerial photographer.The camera is stabilised by an advanced 3-axis gimbal and it can turn 180° that will allow you to shoot stunning panoramic videos. You can take images in stunning 21MP and with the FreeFlight 6 app, you can easily share these to your social media accounts.The drone has a flight time of 25 which is really good for a drone at its price point and it comes with several intelligent flight modes that will make it easy for anyone to fly this drone. The Parrot Anafi is a fantastic choice for a drone and especially worth purchasing as it costs under $500

This is one of the most beautiful drones on this list and that fact that it costs under $500 with all the features it comes with just shows you the quality of drones you can get at this price range. The FIMI X8 SE is a foldable drone that has an aerodynamic design and with its powerful brushless motors, it can reach speeds of up to 64 km/h and is able to hover accurately even in windy conditions. Of course, the main feature of this drone is its 4k camera that is stabilised by an advanced 3-axis mechanical gimbal. The camera can record amazing video footage in ultra HD and has the features to shoot slow motion and hyperlapse videos. These videos are stunningly clear and are suitable for professional use and come with the latest chipset from Hisilicon it can record in speeds of up to 100Mbps and comes with HDR support. The drone also comes with several intelligent flight modes including image tracking, flight plan and CineShot, the last one will allow you to take cinematic videos and images with just one click. The drone has a flight time of around 35 minutes and a transmission range of 8km.