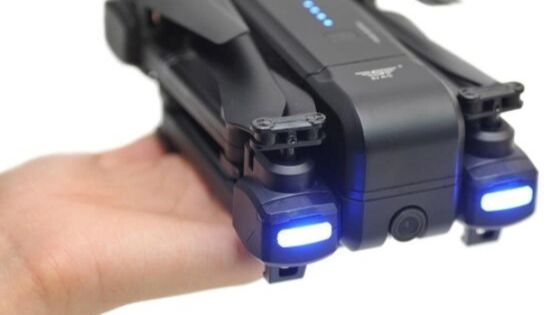 Despite its misleading advertisement about the drone being capable of taking 4K videos, the Tactic Air Drone is a pretty solid drone, especially at its current price. For less than a $100 you will get a foldable drone with an HD camera on its front and another 480p camera on its belly. You also get a couple of intelligent flight modes and a flight time of around 20 minutes. It’s a decent drone for beginners but I do believe it is over-hyped. If you want better options, click on the green button and check out my list of the best drones under $100. 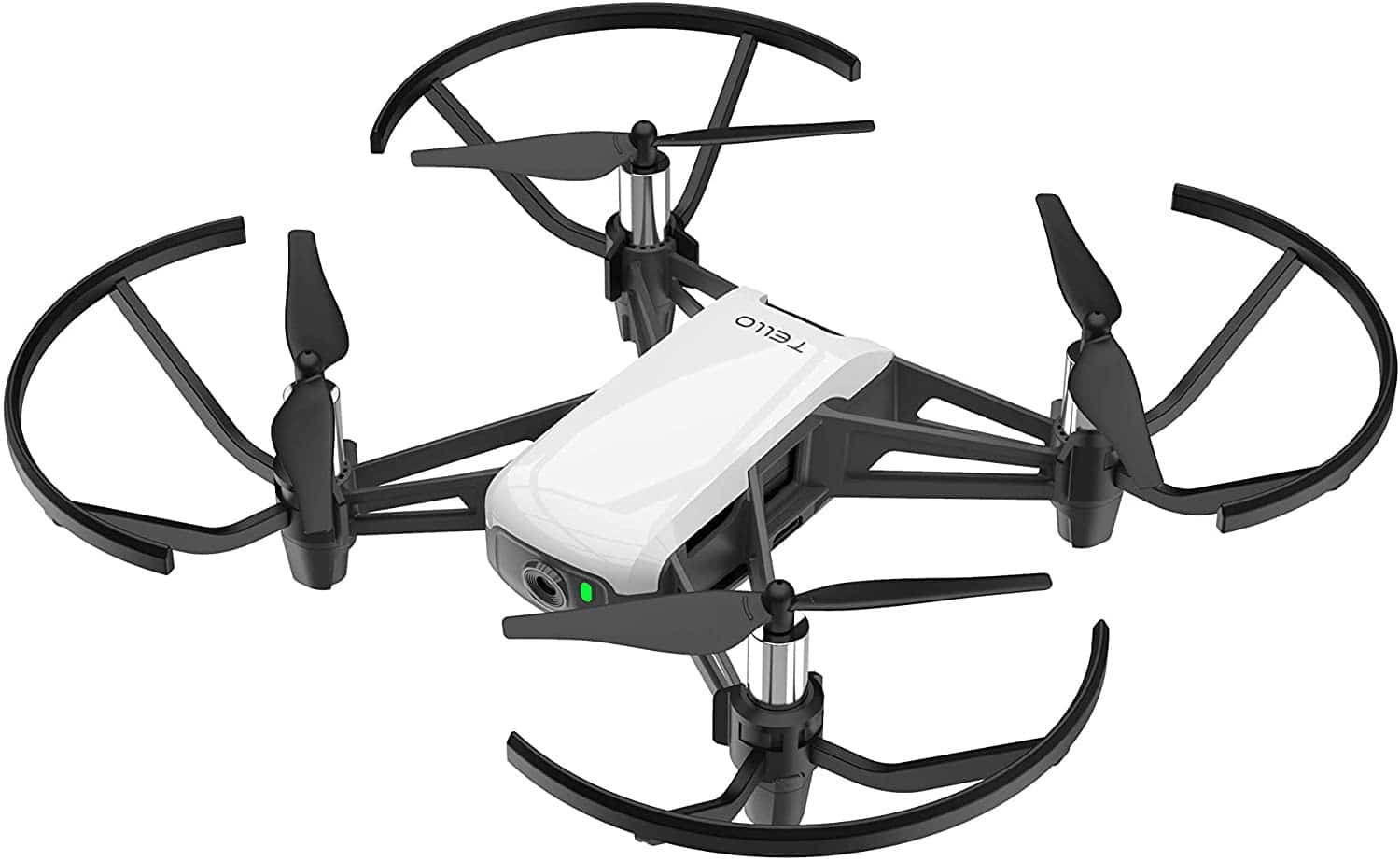 The DJI Tello drone is my personal favourite drone for under $100. It's a great little drone that is fun to fly and is suitable for everyone. The drone comes with an HD camera that can capture 5MP images and record videos in 720p. The drone has a cool feature called EZ shots that makes it simple to record fun videos for social media and it has a good flight time of 13 minutes.

Welcome to my review of the Tactic Air Drone.

Just let me tell you that this drone is an absolute bargain and its camera isn’t the only good feature that will have you fawning over it.

If you are in search of a cheap FHD camera drone with advanced features, read this Tactic Air Drone review and find out why everyone is going crazy for this new drone.

The first thing you will notice about this drone is that it has a foldable design, this will allow you to travel around with the drone with no problem. It’s actually compact enough to fit into a large pocket and light enough that it will not feel like a burden. 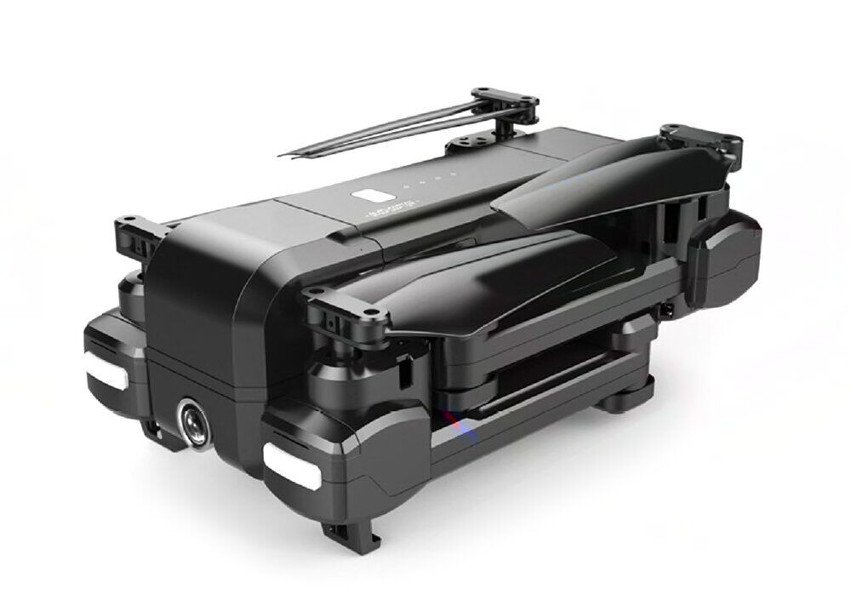 Its foldable 3D design follows in the footsteps of its more famous rivals like the DJI Mavic series and Parrot Anafi but with a huge difference, it doesn’t come with the huge price tag these drones come with.

The drone comes with a pretty cool carry case that looks to be made from carbon and has a premium feel to it.

Along side the drone, you get an intelligent battery, 4 extra propellers, a USB cable for charging and an instruction manual.

One thing I must make clear is that although the drone is advertised as coming with a 4K camera, the actual quality isn’t, it is still HD and the pictures and images are decent, but it isn’t 4K.

Its still a bargain coming in under $100 and it does come with some advanced features that will make flying this drone a fun experience for both beginners and experienced pilots. 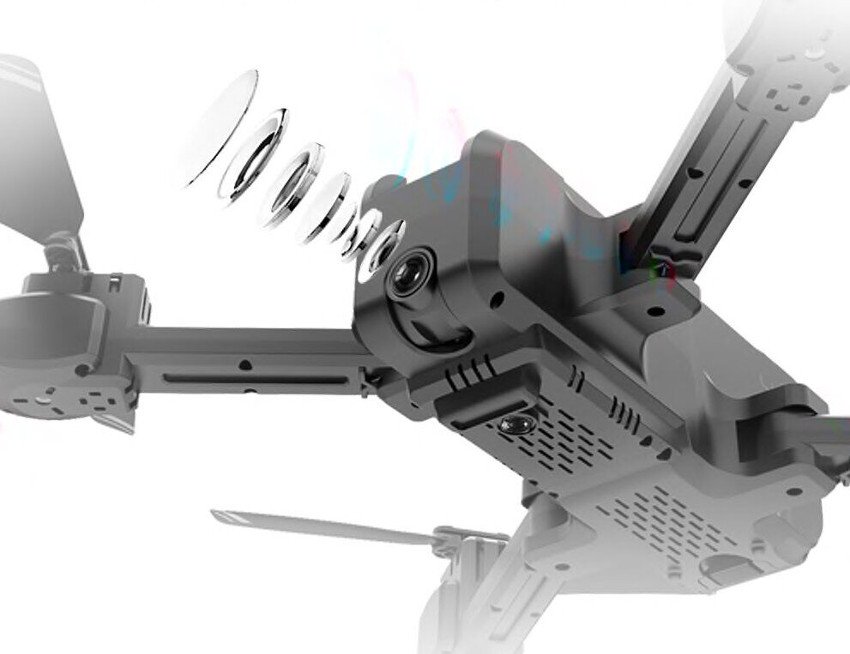 The Tactic Air Drone comes with dual cameras, the main HD camera is at the front while a 480p camera is placed on its belly.

The HD camera can be tilted 90° via the remote and the lens has a 120° FOV to give you a wide field of view.

This is the best feature of this drone and the picture and video quality is decent for something that costs less than $100.

You can live stream video footage to your smartphone and edit and share video and pictures on social media via the drone app.

The second camera can also live stream straight to your smartphone, but the picture and video quality is not as good. Both cameras can stream videos simultaneously to your smartphone so you have two video feeds on your screen at the same time, but I wouldn’t advise this as it can eat up your battery charge faster.

The drone comes with a 6 axis gyroscope for better flight stability and this allows for better quality images and videos as distortion is minised.

Follow Me Mode – In this flight mode, you set the drone to lock onto your position and follow you around. The drone sensors locks onto the transmitter and automatically follows whoever is carrying it. This is a really cool flight mode and you can impress family and friends with it, it will also allow you to take cool selfies and record your every move. A cool flight mode to use when you go on a hike or when riding your bike.

Trajectory Mode – This is a truly hands-free flight mode, within the drone app, you can draw a flight path and the drone will follow that path and come back to you.

Both these flight modes are easy to use and great for beginners, you can use the camera in both modes so you can record and take images far more easily.

Gesture Control -Another cool feature of this drone is that you can control the drone through simple hand gesture. Although this feature only works when the drone is in close proximity, it’s a great way to pictures, especially selfies.

The Tactic Air Drone controller is small and comfortable to use, all the controls are easy to reach and there is smartphone attachment on the bottom. It has one button for take-off and landing and one-button for taking videos and images.

It has a range of around 100m, which isn’t a amazing, but it is in the usual range for drones in its price range.

You can also control the drone via its app which can be used for android devices, the app gives you more features you can play with like the intelligent flight modes I mentioned and also allows you to stream live video feed to your smartphone.

For a budget friendly drone, the Tactic Air Drone comes with a surprising long flight time, you can get around 15-20 minutes on one charge. For a drone under $100, that is pretty good. You should be aware that flight time is reduced if you fly in windy conditions, the drone is small and lightweight, and I would advise anyone who isn’t experienced to not fly this drone in harsh weather.

Charging the drone takes over 2 hours, which is a bit of a let-down because currently you cannot purchase extra batteries separately.

It’s a decent drone but the advertisement for it is exaggerated, it does not have a 4K camera, maybe it’s 720p, and the picture and video quality is ok.

The claims made about this drone are over the top and there are far better options at a similar price, click on the button below to see my list of the best drones under $100.