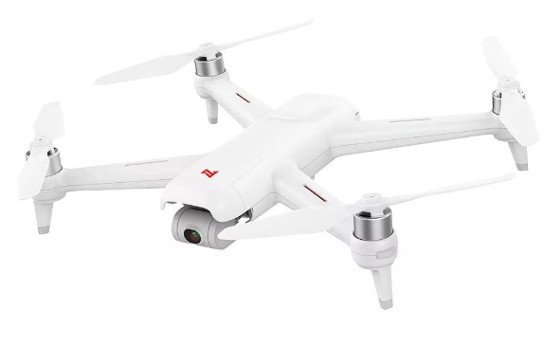 The Xiaomi FIMI A3 is a really good beginner-friendly drone that comes with many good features including an HD 1080p camera that capable of recording in 25fps or 30fps. It has a1/3.2” CMOS sensor that can shoot in 8 megapixels and for superior quality aerial images. the camera is stabilised by a 2-axis mechanical gimbal as well as a 3-axis electronic gimbal that will minimise any distortion and jello effect from your images and video footage. It has several intelligent flight modes, comes with dual GPS modules and has a flight time of 20 minutes.

I really wish drone companies would manufacture more drone controllers that have their own FPV screens, instead of having to always rely on your smartphone. I realise this would cost more on their part, but a few more choices than the ones we already have would be nice. This is why I am so excited to review the Xiaomi FIMI A3 drone, a fantastic all-round drone that comes with a controller with its own 4.3 inch LCD screen.

FIMI is a subsidiary Xiaomi, an electronics company founded in 2010 that has grown exponentially and now has offices all around the world and is worth $50 billion. I mention this because Xiaomi maybe just one of the few companies that has the monetary power to challenge DJI’s dominance of the consumer drone market. So far they have released 4 consumer drones, one of them I have already reviewed which is the FIMI X8 SE and is the most advanced out of all four.

The Xiaomo FIMI A3 was released near the end of last year and has proven to be very popular, it has nearly 900 reviews and a 5 star rating over on Banggood. If you want a drone with some advanced features, an HD camera and do not want to use your phone to make use of FPV features keep reading this review because the Xiaomi FIMI A3 is the drone you are looking for.

Unlike its successor, the Xiaomi FIMI A3 is not a foldable drone, which is a shame because they are my favourite type of drone. That’s the only issue I have with this drone and its not really an issue but my personal preference.

The Xiaomi FIMI A3 is a medium-sized drone that measures 28.5*22.9*69 cm and has a diagonal length of 32.3 cm. It’s not a heavy drone, weighing in at just under 600g, so you can travel around with it quite easily. It would have been a good travel drone if it was foldable, thus making it compact and much easier to pack away.

Having said that, it’s a well-built drone made from high-quality plastic and has a streamlined design for better aerodynamic efficiency. It comes with small brushless motors that give the drone more power and a maximum speed of 40 mph which is pretty fast for a non-racing drone.

The propellers are easy to install, you just push them into the rotor and turn them slightly and they lock into place. You have to be careful in which rotor you install each propeller, as they will fall out during take-off if they installed on the wrong ones.

The HD camera is supported by a 2axis gimbal on the nose of the drone, there is slight gap on the top to let air through during the flight which cools the internal systems and prevents them from overheating. Although there is no protective casing around the camera the rotor arms are fixed with extended rubber landing legs that will protect the camera when you land the drone.

Like most drones nowadays, it has some big LED lights underneath each rotor arm, these are useful for night time flying and also help to indicate when your drone compass is fully calibrated.

The drone is powered by a 2000 mAh lipo battery that gives a it flight time of around 20 minutes. Although this is pretty good flight time, I would advise people to purchase an extra battery because 20 minutes, in my opinion is not long enough to enjoy flying this drone.

I should also mention that you can actually extend the flight time if you charge the battery with a different charger. The drone package comes with a 11.1V charger and it takes around 310 minutes to fully charge the battery.

There is a charger that you can purchase separately from Banggood and has been tested by FIMI, it’s a 11.4V charger and it can fully charge a battery in half the time and provides 25-minute flight time. You can check out the details here.

The Xiaomi FIMI A3 has a dual satellite system, it can connect with both GPS and GLONASS satellites for better hovering, precise position location on the controller screen and allows for autonomous flight modes. 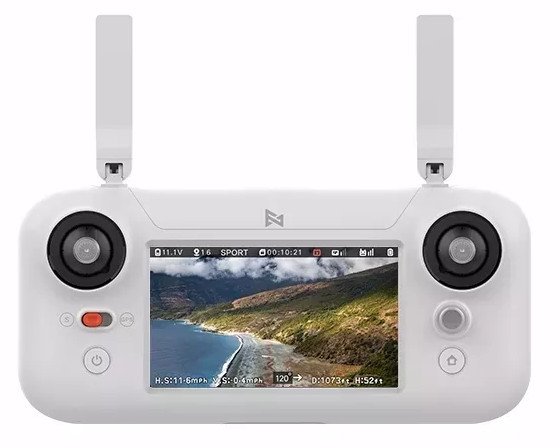 One of the best features of the drone is its controller which has a self-contained 4.3 inch LCD screen for FPV purposes.

You will not need to use your smartphone or tablet and there is no need to download any kind of app to make use of all the features the drone comes with.

It’s a well-designed controller, not too big and feels comfortable in your hands, it has a built-in rechargeable 2950 mAh lipo battery which lasts just under 3 hours on one charge.

The controller has two antennas, one is to control the an the other will allow you to stream live video footage. The control distance is around 1km, which is pretty good for a drone that costs less than $300, the video transmission can become a little choppy the further you fly out, so it’s advised you stay well within the control distance so that the video is of the highest quality.

Let me explain what I mean by DIY button, on the belly of the drone there is an additional expansion port in which you can connect all sorts of stuff like extra LED lights, fireworks lighter or a servo. It’s a good little feature for those who like to tinker with their drone and expand its features.

The LCD is not touch screen so that’s a bit of a let-down, however, it’s easy to navigate and you can access and adjust the settings for GPS, camera, smart flight modes, RC pairing and compass calibration.

On the bottom of the controller there is a slot for a microSD card where you can store your video and image files, an AV port that will allow you to connect a VR headset and a USB port to charge the controller. 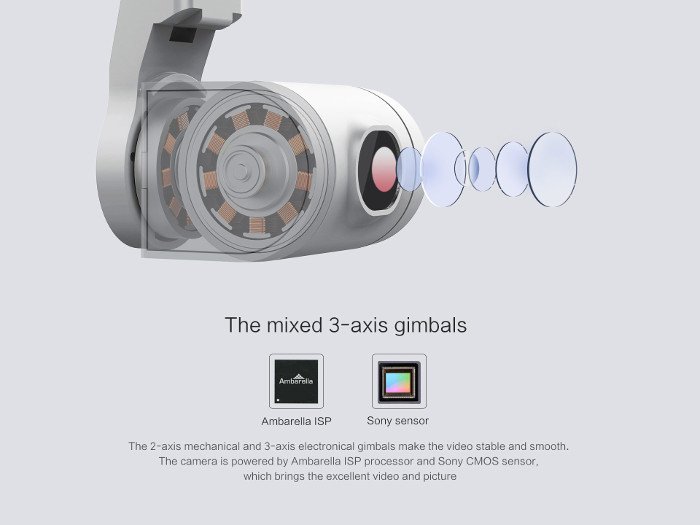 The HD camera is why I really like this drone ( actually its why I like all drones), its very good camera that is capable of taking some awesome aerial videos and photography.

Unlike a lot of drones that cost less than $300, the Xiaomi FIMI A3 comes with a dedicated image processor from Ambarella and a 8MP CMOS sensor from Sony. These are well known names in the world of electronics and imaging technology, so you can be assured the hardware is of high quality.

The camera is stabilised by a 2-axis mechanical gimbal and a 3-axis electronic gimbal, providing superior quality images and videos that minimise distortion and any kind of jello effect if you are shooting fast moving objects.

The camera can record in either 25fps or 30fps at full HD with a maximum compression rate of 60Mbps, video format is MP4 and you have two option to record your videos. You can either record the live video feed via the remote controller or record through the DVR that is onboard the drone.

All in all, this a pretty good camera, especially for the price it currently sells for.

Like most modern drones, the Xiaomi FIMI A3 comes with several autonomous flight modes, these include the following;

Follow Me – Pretty self-explanatory, the drone will follow you wherever you go, a good way to record yourself when going for a bike ride or a long walk. Make sure your path is clear of obstacles, because as good as the drone is, it does not have an obstacle avoidance system.

Dronie – The drone worlds answer to a selfie, in this mode the drone will fly away from you and take pictures automatically.

Orbit – This mode will allow you to choose a point of interest on the screen and the drone will orbit that position.

In addition to these autonomous flight modes, the drone also comes with automatic return home feature. This can be activated manually via a button on the remote controller or it will be activated automatically if you lose connection with the drone or when the battery starts to get low.

This a useful feature as it will minimise the risk of losing the drone.

As you would expect from a Xiaomi drone, it fly’s very well, its very easy to control, especially if you are in headless mode and with its dual GPS, the drone can maintain a precise hovering position which is great for taking aerial photography. Plus its FPV quality is very good and there is hardly any lag.

I really like the Xiaomi FIMI A3, it’s a relatively budget-friendly drone and is suitable for everyone. The camera is the best feature of this drone, you can take some high-quality videos and even fly via the aid of a VR headset and get a more immersive flying experience. I also like the remote controller with its own LCD screen, this great for people who don’t like using their smartphone just to fly a drone.